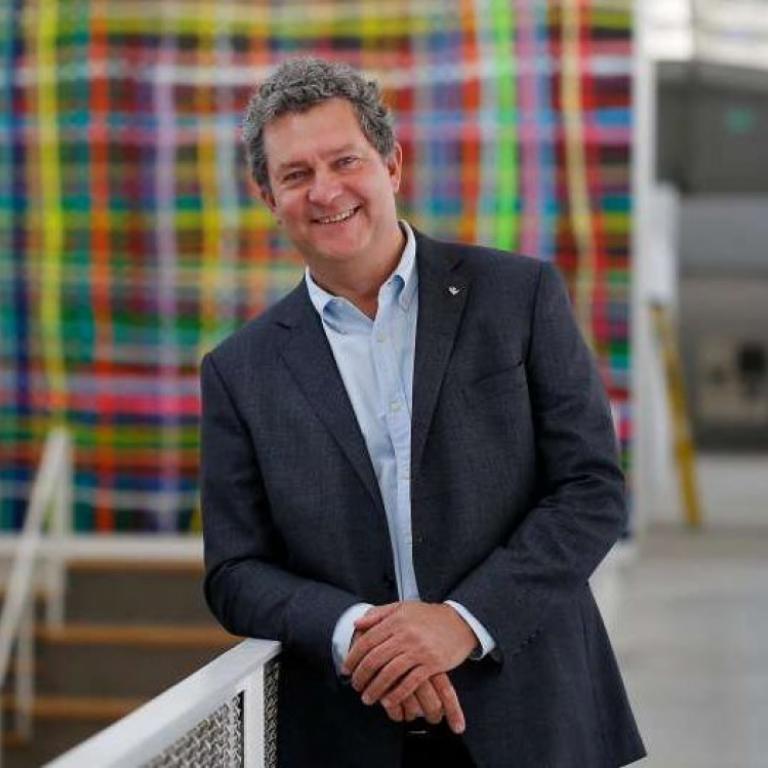 Gordon Knox is President of SFAI. Prior to this role, he served as Director of Arizona State University Art Museum. Previously, Knox led Global Initiatives at the Stanford Humanities Lab, where he identified, developed and implemented international projects that combine the understandings and techniques of the arts, humanities and sciences and engaged them in on-the-ground efforts to effect social change.

Prior to Stanford, Knox was Artistic Director at the Montalvo Arts Center in Saratoga, California, where he designed, developed and established the organization’s international artist residency program and launched its global participation in the world of arts and letters. Implementing his commitment to the open flow of ideas and underscoring his belief that the advancement of civil society requires articulate critical analysis, Knox helped establish Montalvo as an institution recognized for ambitious projects often involving unusual collaborations.

During the 1990s, as the Founding Director of the Civitella Ranieri Foundation in Italy, Knox envisioned and established a center for the arts designed to advance and widen contemporary cultural practice by engaging the voices and thinking of practitioners from all parts of the world and providing them with excellent conditions to advance their practice and expand their networks. Civitella quickly became a new model for international, multidisciplinary residency programs.

Knox has advised numerous international residency programs and cultural institutions in Europe, North and South America, Asia and Africa in the areas of fund raising, management, program design and international collaboration. He has served as an advisor, editor or board member of the Paris Review, Res Artis, Roulette, the Ratti Foundation, the Furla Foundation, the Dakar Biennial, the Sanskriti Foundation, the Musagetes Foundation, The Christensen Fund, Zero1 and Leonardo/ISAST.