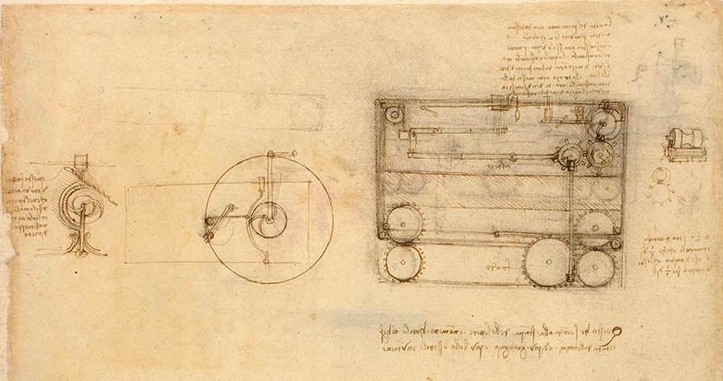 Surprisingly enough, the words “technology” and “text” both derive from the same Proto-Indo-European root "teks-" meaning “to weave.”

Weaving is ancient, and important.  It pervades the mythology of many cultures, and was associated in ancient Greece and Rome with the Fates, Circe, and Fortuna thus informing concepts of the future, luck, and chance.  In cutting-edge contemporary science, even topological models of randomness invoke the geometry of tangling and untangling by probability to create the myriad quantum fields of physics.

Weaving involves two primary operations: to twist many short fibers into a long thread, then array the one-dimensional thread into a two-dimensional fabric by a matrix of alternating overlaps.  Meshing the vertical and horizontal strands creates a plane which can store heat, block the elements, and display color or symbol for cultural purposes.  Throughout history, from medieval Florence to the British Empire, textile manufacture has undergirded political and economic power.  Leonardo’s design for a mechanical loom thus foresaw one of modernity’s core technologies.

Weaving brings together, and with its implicit property of entanglement can form knots or traps: web is from weave.  Yet it can also simplify.

Examples of the many weaving metaphors included by Dante (whose 700th anniversary is this year) in his Commedia include “knots of debt” in Purgatorio, frequent references to the Fates’ thread, pervasive chiastic double-helix motifs, and the “protracted knot” (pertrattato nodo) of celebrants in the pageant of Purgatorio 29.133.

The central dream episode in Purgatorio 19 metaphorizes clothing as both text and deception in an image almost certainly known to Leonardo, and weaving themes appear in his own works such as the Madonna of the Yarnwinder, his designs for rope-making and cloth-cutting machines, and more figuratively the finger touch in the Mona Lisa (allegorizing how the hand and bridge in tandem weave the garment).

Dynamic network relationships can make single-function mechanisms redundant.  For example, the cortex of birds is not an anatomical structure but a network property.  In astronomy the removal of epicycles simplified, whereas elision of relationship can necessitate mechanical additions.

Reductive discreteness in mapping complex systems can thus amplify error terms exponentially.  To circumvent this risk, the human brain uses myriad poetic modes which are algebraic and thus analog.  “The toaster is like skiing;” “the toaster is like a cactus;” or even, “the toaster is a skiing cactus.”  The brain does not merely execute pre-existing code to produce meaning, but improvises in real time throughout its functions.  This may constitute a significant distinction between organic and machine information, and the yen for inordinate machine control can distort both the art and science of biological consciousness.  It can also mystify technology causing a kind of conceptual blindness.

Metaphorically speaking, if the history of technology is weaving what must the bridge that leads to weaving be?  Perhaps something comparable to a confluence of art, humanity, and nature in a concrete temporal flow resembling a river.  In any case, all things circulate through and around the center in the Mona Lisa and Dante's consciousness revolves in harmony with “the love that moves the sun and the other stars.”  Labyrinth, maze, and puzzle imagery in Dante and Leonardo (as described by Calvino) and across diverse cultures can create meta-awareness or negative capability, like the moon reflected in water, that clears the imagination to begin afresh.

Perhaps tellingly, it was not until 1905 that science finally subtracted the pre-Socratic theory of cosmic "aether" by means of special relativity – a weaving of energy, matter, and the speed of light that simplified.

Next blog: the random geometry of planets