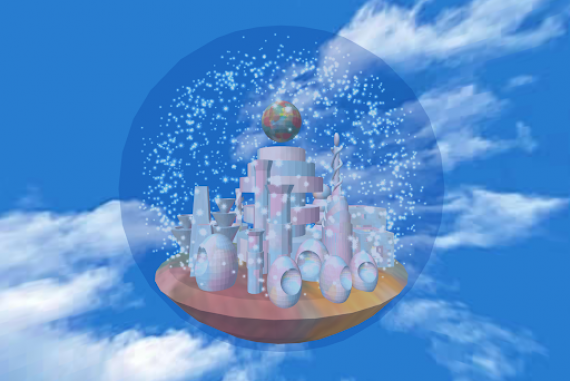 New World City (NWC), a digital cityscape contained within an Augmented Reality orb, revolves continuously, reassuringly meditative, relentlessly defiant, insistent in its rotation. Our depiction of reality is contained within an augmented sphere, hovering in air, suspended as our sense of the senses, suspended as our sense of time, of place. NWC contains an altered urban landscape, a geometry of forms, a concentric tower, a complex of buildings angular and curved; ovate structures convey rebirth and renewal in gestation. Within the city, a new world is contained, as all global cities claim their signature sights, sounds, smells, taste, and feel.

Adapted for Leonardo journal volume 54, no. 3 (June 2021), New World City was conceived and created by William T. Ayton and Diana Ayton-Shenker, originally designed for the 2112 Foundation’s juried exhibition “City Without Senses” (December 2020, San Francisco), through which it received the 2020 Visionary Award. This version was created for the web in A-Frame (https://aframe.io).

William T. Ayton is an international artist working over four decades in paint, ink, and digital media. Diana Ayton-Shenker is his creative and life partner. They have collaborated on numerous art projects together. More info: Ayton Art Archives and Global Momenta.

Special thanks to our colleagues at Arizona State University, including Robert LiKamWa & Meteor Studio, for their support and advice with this project. 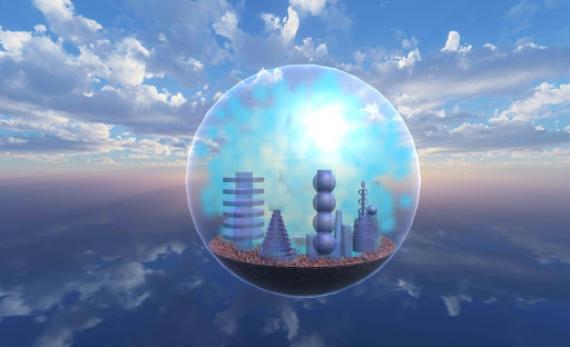 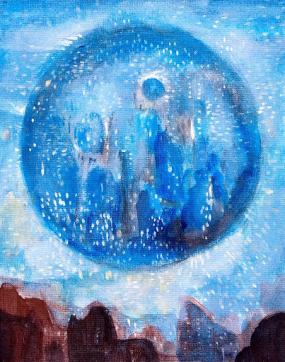 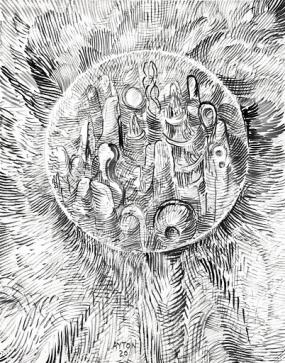 Did you find this "about" page directly? Scan the QR code with your mobile device's camera, approve all popup messages, and point the camera toward this marker to view New World City.