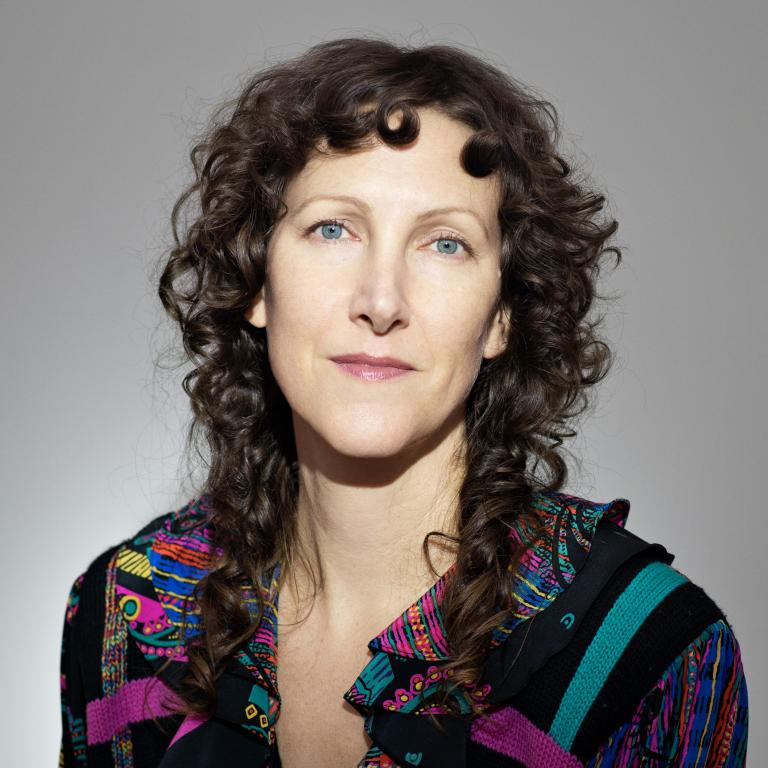 Laura Splan is a transdisciplinary artist working at the intersections of science, technology, and culture. Her research-driven projects connect hidden artifacts of biotechnology to everyday lives through embodied interactions and sensory engagement. Her artworks exploring biomedical imaginaries have been commissioned by the Centers for Disease Control Foundation and the Triënnale Brugge. Her work has been exhibited at the Museum of Arts & Design, Pioneer Works, and New York Hall of Science and is represented in the collections of the Thoma Art Foundation, the Chan Zuckerberg Initiative, NYU’s Langone Art Collection, and the Berkeley Art Museum. Reviews and articles including her work have appeared in The New York Times, Wired, Discover, designboom, American Craft, and Frieze. Publications featuring her artwork include the Antennae Journal of Nature in Visual Culture, The Routledge Companion To Biology In Art & Architecture, and Manufractured: The Conspicuous Transformation of Everyday Objects. Her writing and interviews have appeared in Art Practical and SciArt Magazine. Splan’s research and residencies have been supported by the Jerome Foundation, Institute for Electronic Arts, uCity Science Center, Harvestworks, the Knight Foundation, and the Pollock-Krasner Foundation. Her research as a member of the New Museum’s NEW INC Creative Science incubator included collaborations with scientists to interrogate interspecies entanglements in the contemporary biotechnological landscape. Her recent exhibitions featuring molecular animations and material artifacts of laboratory animals include her large-scale immersive installation in the Brooklyn Army Terminal at BioBAT Art Space. Splan creates public engagement with her projects to make concepts and techniques behind her work accessible to audiences with programming including everything from all ages bacterial transformation workshops to remote textiles collaborations.

As a guest speaker, Splan’s artist lectures have been presented by the Frontiers of Science Institute at the University of Northern Colorado, the University of Connecticut Humanities Institute, the Anderson Endowed Lecture Series at Pennsylvania State University, and the Moss Foundation at Rhodes College. She was the keynote speaker for the Digital Fabrication Symposium at the University of North Texas presenting her lecture Bits & Pieces: Material Epistemologies & Digital Fabrication. Her recent artist talk, Syndemic Sublime, was co-presented by the New Museum and Science Sandbox for NEW INC’s Radical Evolution: 10 Glimpses into the Future. Splan has been a featured guest on MicrobeTV, a science podcast hosted by Dr. Vincent Racaniello of Columbia University, SciArt Initiative’s LunchBreak series hosted by Julia Buntaine, and the Sound and Vision podcast hosted by artist Brian Alfred. She has participated in panel discussions and roundtables at the Université Concordia, the College Art Association Conference, the Brooklyn Museum, and SciFoo at Google.

As a new media arts educator, Splan has held academic appointments at Stanford University, teaching interdepartmental Art courses to Engineering, Computer Science, Biology, Math, as well as Art majors. As an artist-in-residence, she has taught academic seminars at University of Maine and Illinois State University. Her public workshops have been hosted by the Museum of Arts and Design, Fredrickson Family Innovation Lab, and Coalesce Center for Biological Arts. She has been a studio practice advisor for both independent artists and students at San Francisco Art Institute, California College of Art, and Arts Council England. Splan was a Digital Arts Fellow supported by the National Endowment for the Arts at AS220 Industries where she taught creative coding and physical computing workshops. She has been a visiting artist and critic at numerous institutions including The Crit Lab and UNC Chapel Hill and has served on selection committees for the Biodesign Challenge and the ACRE Residency. Splan has supported underrepresented artists with experimental curatorial projects including Stimulus Transmit, a media art series that premiered on San Francisco public access television in 1997. Her recent curatorial projects have included interdisciplinary programming and exhibitions for Plexus Projects and Creative Tech Week.