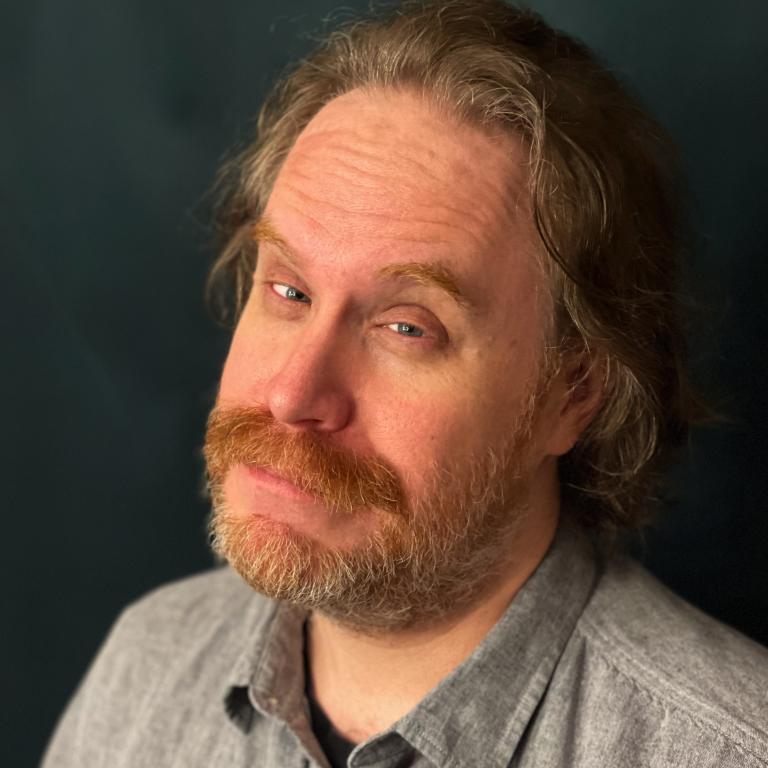 Andy Slater is a Chicago-based media artist, sound designer, teaching artist, and disability advocate. He is the founder of the Society of Visually Impaired Sound Artists and director of the Sound As Sight accessible field recording project. Andy holds a Masters in Sound Arts and Industries from Northwestern University and a BFA from the School of the Art Institute of Chicago. He was a 3Arts/Bodies of Work fellow at the University of Illinois Chicago in 2018 and an Institutional Incubator resident at High Concept Labs 2016-2020. Last year Andy was acknowledged for his art by the New York Times in their article, “28 Ways To Learn About Disability Culture.” Andy is a teaching artist with the Midwest Society for Acoustic Ecology and Experimental Sound Studios. Andy is a member of the Atlantic Center for the Arts’ Young Sound Seekers advisory board. He has exhibited and performed at the Museum of Contemporary Art Chicago, the Contemporary Jewish Museum San Francisco, Ian Potter Museum of Art Melbourne, Critical Distance Toronto, Experimental Sound Studios Chicago, the Art Institute of Chicago, Flux Factory New York, and the City Gallery Wellington New Zealand. Andy’s current work focuses on advocacy for accessible art and technology, Alt-Text for sound and image, documentary film, spacial audio for extended reality, and sound design for sci-fi film and video games.