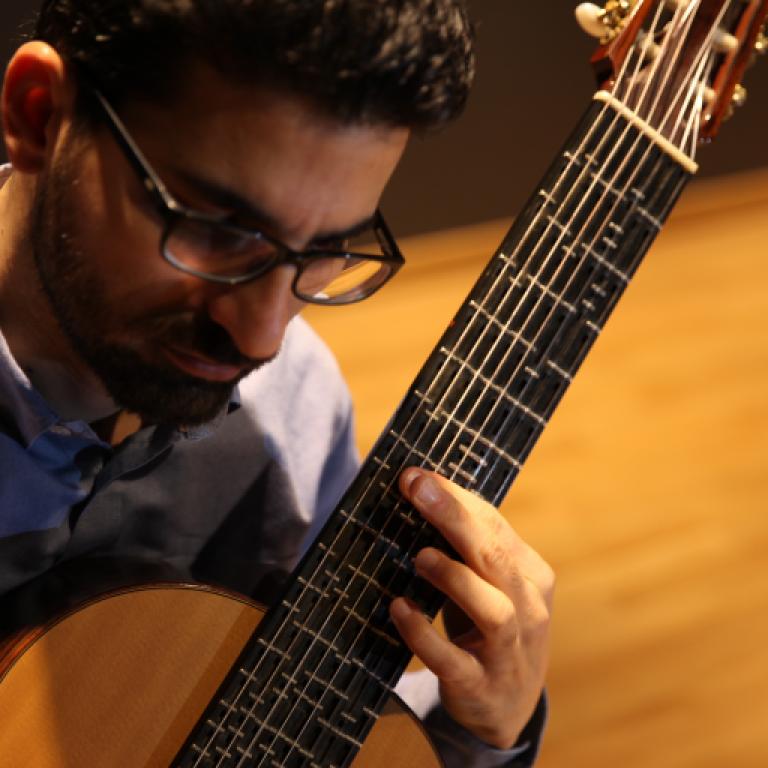 The first prize winner at Georgia Tech Margaret Guthman Musical Instrument Competition in 2014, Tolgahan Çoğulu, designed his "Adjustable Microtonal Guitar" in 2008. His first CD with microtonal guitar, Atlas, was published by Kalan Music in 2012. His microtonal guitar has taken him to many festivals and universities in 34 countries. Tolgahan is building a repertoire for microtonal guitar with more than 40 composers involved at this point.

In 2013, he became an Associate Professor in Guitar at Istanbul Technical University’s Turkish Music State Conservatory, where he had founded the classical guitar department in 2010 and the world’s first microtonal guitar department in 2014. His second CD ‘Microtonal Guitar Duo’ has been published by Kalan Music in June 2015. His recording of William Allaudin Mathieu’s three-movement ‘Lattice-İşi’ in just intonation was published in the US by Cold Mountain Music in 2016.

Tolgahan completed a research project entitled ‘Historical Tunings on the Microtonal Guitar’ at the University of Bristol in 2016 for 12 months. Between 2015-2017 he collaborated with the University of Music Würzburg for the project ‘Creating and Presenting a Repertoire for the Microtonal Guitar’ supported by DAAD in which 12 composers wrote pieces for microtonal guitar and ensemble.

He has been organising the world's first “Microtonal Guitar Competition” since 2016. His book ‘Microtonal Guitar’ was published in 2018 by Mojo Roots Music, co-authored by Fernando Perez. His latest album ‘Microtonal’ was published in 2018 by Ahenk Music. Currently, he is teaching at Istanbul Technical University Turkish Music State Conservatory and Centre for Advanced Studies in Music.