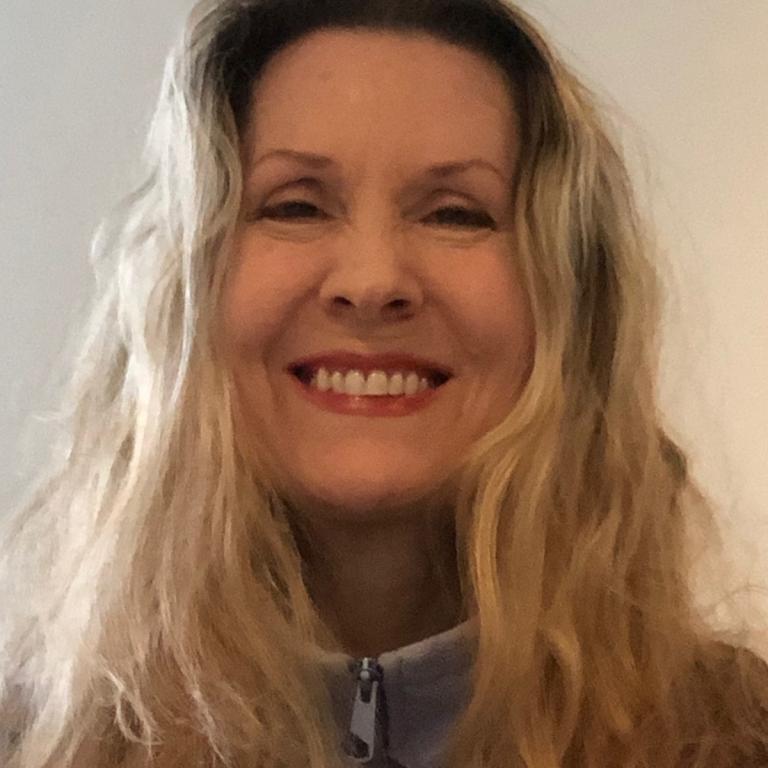 Patricia Olynyk’s photographs, prints, videos, and installations investigate science and technology-related themes and the ways in which social systems and institutional structures shape our understanding of our place in the world. Working across disciplines to develop “third culture” projects, she often collaborates with scientists, humanists, programmers, and engineers. Olynyk was appointed inaugural director of the unified Graduate School of Art and Florence and Frank Bush Professor of Art in the Sam Fox School of Design & Visual Arts at Washington University in 2007. She currently holds a courtesy appointment in the University’s School of Medicine and fellowships in The Institute for Public Health and Living Earth Collaborative, both interdisciplinary hubs that facilitate research across a wide range of fields. She is also appointed in Medical Humanities, Women, Gender & Sexuality Studies, and Performing Arts. Prior to joining Washington University, Olynyk was appointed in the School of Art & Design at the University of Michigan, where she became the first non-scientist appointed to the university’s renowned Life Sciences Institute.
Olynyk received her MFA degree with Distinction from the California College of the Arts and spent four years as a Monbusho Scholar and a Tokyu Foundation Research Scholar in Japan at the Osaka University of Foreign Studies and Kyoto Seika University. She is the recipient of numerous awards and distinctions, including a Helmut S. Stern Fellowship at the Institute for the Humanities, University of Michigan and a Francis C. Wood Fellowship at the College of Physicians, Philadelphia. Her work has been featured in Venice Design 2018 at Palazzo Michiel dalle Colonne; the Los Angeles International Biennial; The Brooklyn Museum; the Saitama Modern Art Museum, Japan; and Museo del Corso, Rome. Her solo exhibitions include: Sensing Terrains at the National Academy of Sciences in Washington, D.C., Dark Skies at the Art I Sci Center Gallery at UCLA, and Transfigurations at Galeria Grafica Tokio, Tokyo, Japan.

Olynyk co-directs the Leonardo/ISAST NY LASER Talks program in New York, which promotes cross-disciplinary exchange between artists, scientists, humanists, and scholars. Her writing is featured in publications that include Public Journal, the Routledge Companion to Biology in Art and Architecture, Technoetic Arts, Leonardo Journal, and the Angewandte Book Series, DeGruyter.

Minding the Gap: Risk Capital and the Myth of Two Cultures