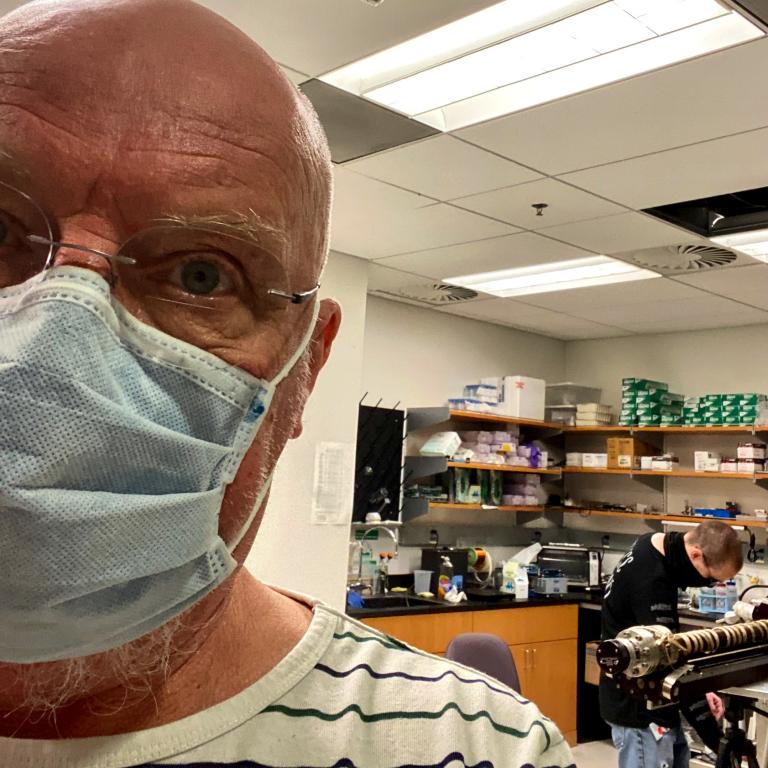 James Gimzewski is a world expert on the physics and chemistry of single molecules. James pioneered the use of the scanning tunnelling microscope (STM) to research molecules on surfaces. His work has provided important insights into electrical and mechanical contacts with single atoms and molecules, as well as light emission.

His research achievements include: carrying out the first STM-manipulation of molecules at room temperature; discovering single-molecule rotors; fashioning a molecular-scale abacus out of spherical carbon molecules known as ‘buckyballs’; and developing micromechanical sensors based on nanotechnology. Currently, James is working on the nanomechanics of cells and bacteria with the aim of improving medical diagnostics.

In addition to his research, James contributes to science and art collaborations that have been exhibited in museums worldwide. He is also Scientific Director of the UCLA Art | Sci Center, an institute that aims to facilitate collaborations between the arts and sciences His ideas have also been published in The New York Times and The Wall Street Journal, and he has received many honours, including two IBM Outstanding Innovation Awards.