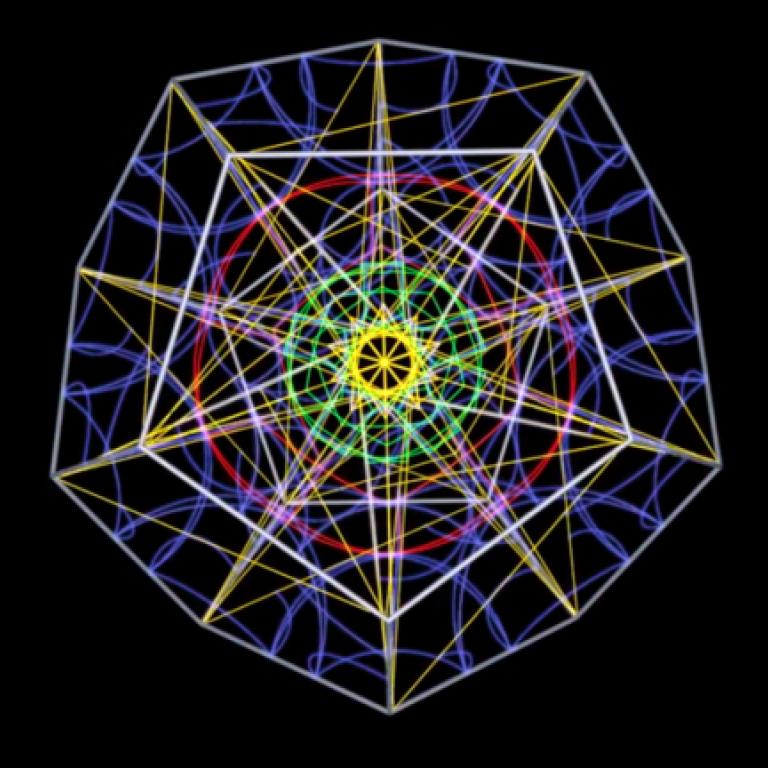 Renate C.-Z.-Quehenberger is a philosopher and SciArt-eseacher based in Vienna (AT). Her contribution to mathematics is the 3D representation of the Penrose Kites & Darts Tiling (Epitahedron, E±), unit-cell of the 5-dimensional space identified as Plato’s 5th element and Henri Poincaré’s proposed shape of the Universe. -- It is actually the answer to the Poincaré-conjecture since the fundamental polyhedron is forming the dodecahedral space that is homomorphic to the 3-sphere. ---- Her art works include 3D animated geometry films (shown at Ars Electronica),  installations and objects exhibited at festivals and in museums (f.e. Neues Museum Weimar, D, 2012, Natural History Museum Vienna A, 2018), Amazigh Heritage Museum, Agadir, MA 2019,  Datami, Resonances III Festival at the Joint Research Center (JRC) of the European Commission (EC) in Ispra & in at the Bozar, Brussels 2019/20. She published scientific articles in the fields of archeology, Earh sciences, geometry and quantum physics; received the 1st prize of the Entropy Best Poster Awards at the Linnaeus Conference UQT 2018 for the visualization of 5-dimensional unified theories;