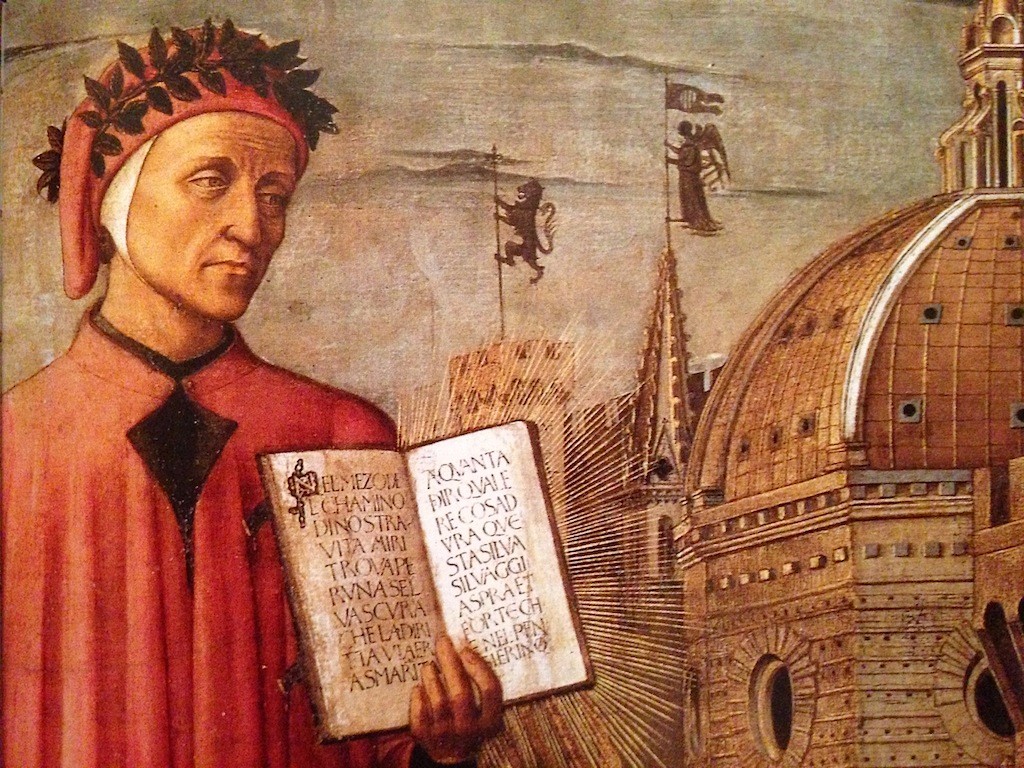 Dante wrote that “Nature is the art of God.”  At Djerassi, we feel the art in nature.

Dante Alighieri (1265-1321) conceived and wrote The Divine Comedy in exile from his beloved Florence, about 700 years ago.  The great writer was painted by his contemporary artist, Giotto, whose striking colors were shown to us here at Djerassi by Barbara Berrie.

His exile from his familiar home city, apparently, freed Dante from his day to day responsibilities and stresses as a regular politician in turbulent times.  It is appropriate, therefore, that the book I’m writing in self-imposed exile from professional responsibilities is driven by what Dante termed “forza” – the life force of action and passion.  Characters and their psychological states (Dante’s other basic sin of “forda” or fraud) play a supporting role to forza in this science-based thriller.

Besides feeling a distant kinship to Dante in his exile, I also had the pleasure of speaking with Andy Weir, author of The Martian and Artemis, while here at Djerassi.  Andy is a modern master of divine comedy, in the form of his recent science fiction adventure novels, which have already traveled to the heights of Hollywood.

In common with Dante and his extensive knowledge of his period’s politics, Andy performs extensive research to insure realism in the “what if” scientific concepts that drive the action in his books.

The two writers perhaps then diverge a bit – as Andy seeks to write what he’d like to read personally, and deliver pure fun to his readers (Dante, it would seem, was more concerned with Hell and the many ways one might arrive there. Even his “Paradise” wasn’t much like a walk on the ranch.)  Forza was Andy’s driver for The Martian, a strong will to survive, not a major character transformation.  In this, I found a likeness of approach and encouragement for my new book Continental Shift, written at Djerassi.

Thanks Andy, and thanks to the exiled spirit of Dante at Djerassi!