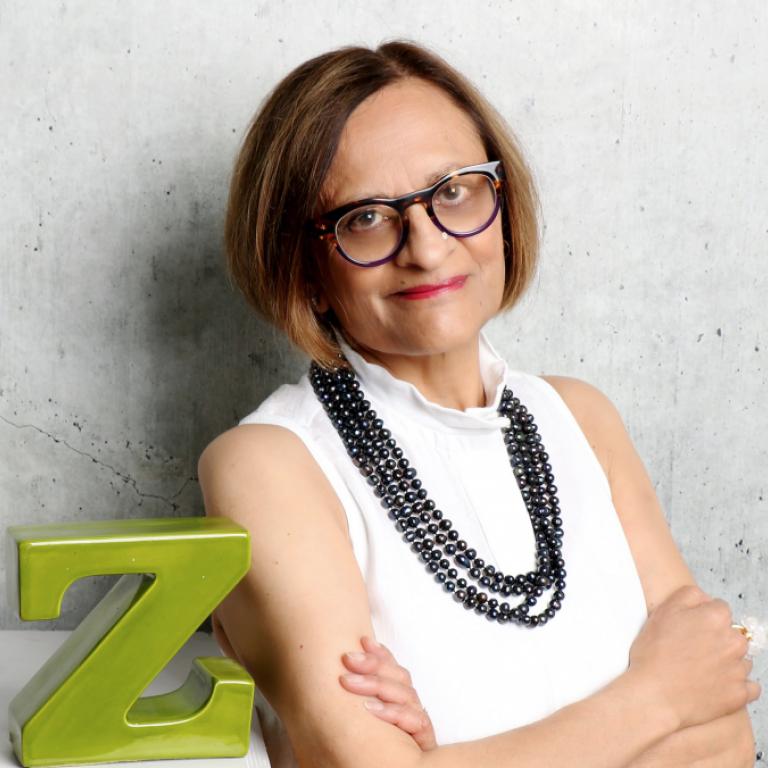 A thought leader, persuasive champion of arts and advocate for artists rights, Zainub Verjee has over four decades built a formidable reputation as an artist, writer, critic, cultural administrator and public intellectual in Canada and internationally.

A firm believer in Art as public good, she has contributed to international instruments of culture such as Status of the Artist and Cultural Diversity and building institutions such as British Columbia Arts Council. An internationalist, she co-founded and co-directed In Visible Colours –– an international women of colour and Third world women film/video festival and symposium in Vancouver (1989). Deeply engaged with the UK’s British Black Arts, Third Cinema and the post-Bandung decolonization, Tactical Video Movement, Zainub has been embedded in the early years of Vancouver’s photo-conceptualism movement as well as history of women’s labour in British Columbia. She has contributed to shaping of Media Arts in Canada giving direction to the discipline in the 1990s and was active participant in the decade long digital dialogues at the Banff Centre. Relationship between Technology and culture has been a thematic of her inquiry which she explores through multiple lenses like policy, trade, art and history.

As an annotator, she is engaged with different stakeholders to observe, critique and analyze the quotidian practices of the art and culture sector to actively work towards engaged public debate and conversations. Her work as a cultural bureaucrat, cultural diplomat, artist, activist and writer is consistent and contiguous with what might be termed a critical transversal aesthetic. Her recent policy commentaries on Museum at a Crossroads in Galleries West Magazine; on Art Labour in Georgia Straight and on Art in International Relations in Sublime Horizons  generated a lot of traction.

A sought after speaker, in the next few weeks, she will be delivering a keynote at the London, Asia, Art, Worlds Conference hosted by the Paul Mellon Centre for Studies in British Art, a scholarly centre in London, U.K.  This will be followed by her presentation at the 19th North American Basic Income Congress. Later in the month, her solo show –Speech Acts: Zainub Verjee–will be opening at the Centre A, Vancouver International Centre for Contemporary Asian Art. Currently her artwork is part of the exhibition hosted by Royal Society of Canada and University of Alberta on Engaging Creativities: Art in the Pandemic.

Among many awards and honours, in 2020 she received the Governor General’s Award in Visual and Media Arts for Outstanding Contribution and this year OCAD University conferred honorary doctorate on Zainub and she was appointed as a McLaughlin College Fellow at York University. In 2021 she was elected as the Senior Fellow of Massey College, University of Toronto.

She was the executive director of the Western Front in Vancouver and has held positions at the Canada Council for the Arts, Department of Canadian Heritage and City of Mississauga. Zainub is currently Executive Director of the Galeries Ontario/Ontario Galleries– voice of Art Galleries and Museums in Canada.