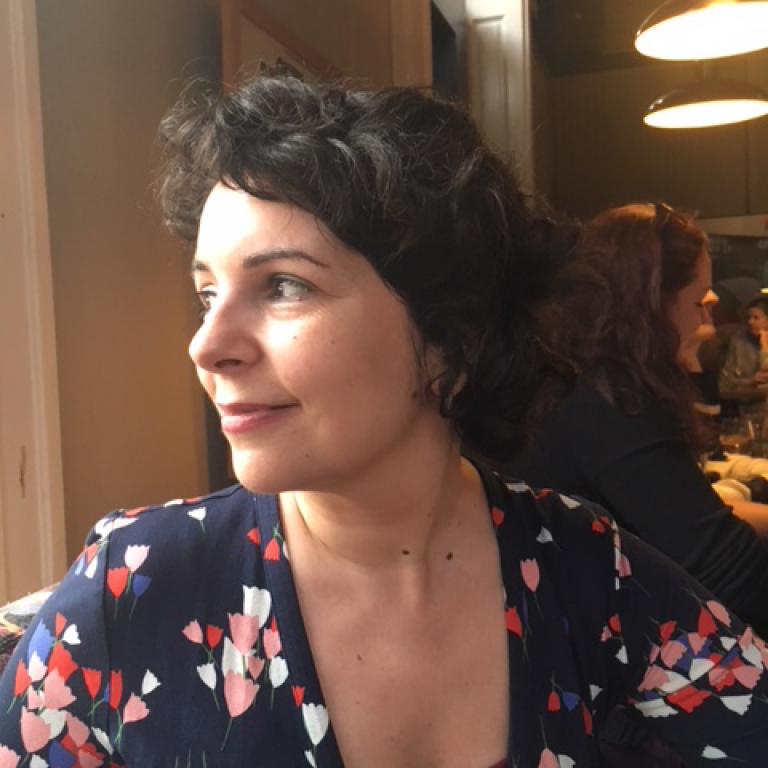 Asimina Kaniari / Assimina Kaniari D.Phil Oxford, Assistant Professor in Art History, Athens School of Fine Arts assimina.kaniari@gmail.com
I received my doctorate under Martin Kemp from the Department of Art History, University of Oxford on 19th century decorative aesthetics and scientific drawing in early depictions of Palaeolithic art as geo-technological entanglements focusing on discourses on ornament, evidence and reliabilty.
My postdoctoral research explored the photographic work of the Independent Group and in particular the work of Nigel Henderson but also exhibition histories at the ICA in the 1950s against the backdrop of mass culture and science orverlaps in the context of the printed image and the multiple.
I have researched the historiography of modern art from the 1940s onwards and more recently in connection to the editorial work of Nikos Stangos for Thames and Hudson.
My research and teaching in the last years has also looked at the place of the image in historiographic writing, taking into account Martin Kemp's notion of the fluidity of the image as regards art historians' attempt to tie its down its meaning. In this light I have revisted the work of David Hockney from his early prints to recent landscape imagery but also literary fluid images in connection to the idea and agency of water in art practice and art writing from Turner's watercolours to Klein's prints.
Much of my work is concerned with mobilities within the literal space of the art image as a possibility for the viewer in terms of imagination and creativity but also a material space produced by the artist. In this light, I have been rethinking Matisse's spaces, processes of abstracting and hosting the human as an early case of artist's intetest in space via painting, drawing and cut outs and connections to rock art early articulations of literary-imaginary spaces as vacuums and floating surfaces as examples which carry along in artists' recent explorations in space, hospitality and counterfactual and speculative scenarios of the possibility of life at an extraterrestrial level (and speculative anatomies as exercises in imaginary post-evolutionary bio diversity scenarios).
I am currently an Assistant Professor in Art History at the Athens School of Fine Arts in Greece where I have taught art history and theory to artists and art historians, modern to contemporary, since 2010.
Research
As an Academic Visitor at the Department of Art History, University of Oxford between 2006 and 2010 I explored experimental art practice in Britain in the 1950s with a particular emphasis on The Independent Group and artists’ uses and writing on scientific process and technical imagery, focusing on Nigel Henderson’s experimental photographic practices and prints, as documented by the Henderson papers at the Tate Archive.
Parallel to this project, as a Scaliger Fellow at the University of Leiden (September 2009) I conducted research on Dutch photographer Emmy Andriesse looking at her early fashion photography but also portraits of artists.
As a Visiting Research Fellow at Princeton University (Seeger Fellow for Fall 2017), I had the opportunity to conduct research in the Stangos Papers kept at Princeton University Library Special Collections. https://hellenic.princeton.edu/people/asimina-kaniari
In the context of the same project, during the Spring Break of 2018, as a Getty Library research grant holder, I undertook research in the special collections of the Getty Research Institute on Hockney, Stangos and Kasmin.
Select publications:
I have co-edited Martin Kemp’s Festschrift Acts of Seeing. Artists, scientists and the history of the visual (London, 2009).
I have been a contributing author to the Sir John Evans Centenary volume published by the Ashmolean Museum, Oxford University and edited by Arthur MacGregor, Sir John Evans 1823-1908: Antiquity, Commerce and Natural Science in the Age of Darwin (Oxford, 2008), the title of my essay being ‘Evans’s sketches from the human antiquity controversy: epistemological proxies in the making’ [based on archival research and prior unpublished material from the C. Lyell-J. Evans correspondence kept among the Lyell papers at the University of Edinburgh].
I was also contributing author to Arthur MacGregor’s Festschrift Excalibur: Essays on Antiquity and the History of Collecting in Honour of Arthur MacGregor edited by Hildegard Wiegel and Michael Vickers (Oxford, 2013), the title of my essay being ‘Wonder after modernity: 16th century visual sources, 20th century ethnographic collections and ‘transition’ [based on research among the collections and archives of the Pitt Rivers Museum at Oxford with regard to the Bellucci collection of amulets].
I was one of the participants-experts in the US Academy of Science on line symposium organized for the Darwin year [http://vcande.blogspot.com/2010/04/what-were-characteristics-of-mid-19th... and author in the proceedings Visual Culture and Evolution: An Online Symposium, Issues in Cultural Theory No. 16 March 31, 2012.
I was also one of the speakers in the ‘Questioning the Object of Art History’ session of CIHA, Nurenmberg 2012, co-organised by Horst Bredekamp, my paper being entitled ‘Material Objects as impossible things: Panofsky, Kubler and Abstraction’ published in the proceedings ‘Questioning the Object of Art History’, The Challenge of the Object / Die Herausforderung des Objekts, Congress Proceedings G. Ulrich Großmann/Petra Krutisch (eds.) T. 1-3. Nuremberg 2013 in T. 1: 46-49.
In 2017, I edited a collection with artists’ and art historians’ writings on the living Institutional Critique to Hospitality: Bio art practice now (Athens, 2017) with contributions, among others, by Martin Kemp, Robert Zwijnenberg, Ellen K. Levy and Suzanne Anker. For a review in Leonardo journal see https://www.leonardo.info/review/2017/09/review-of-institutional-critique-to-hospitality-and-open-science-singularity-and