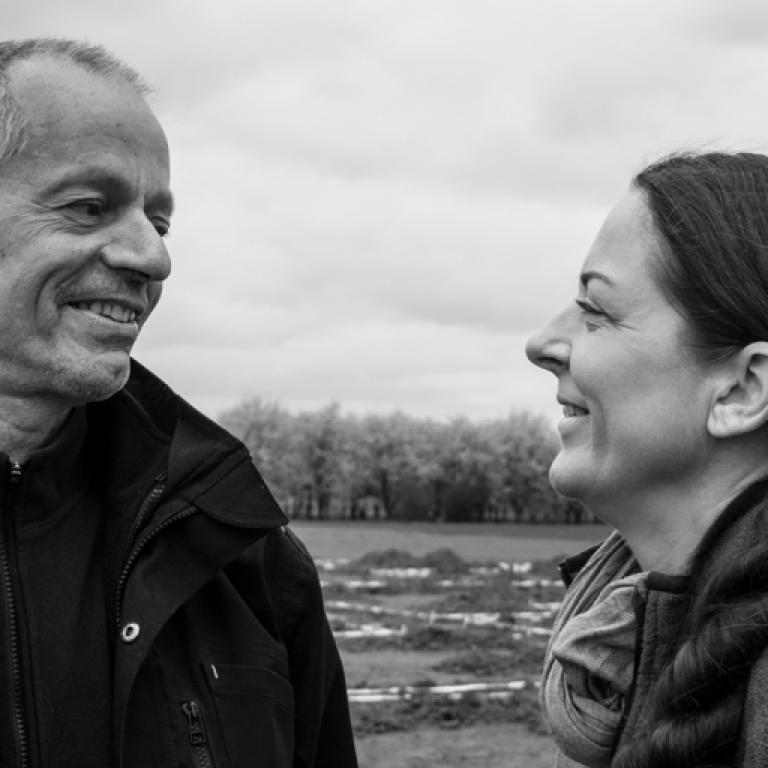 The Amsterdam based artist couple Erwin Driessens (1963 Wessem) and Maria Verstappen (1964 Someren) have worked together since 1990. After their study at the Maastricht Academy of Fine Arts and the Rijksakademie Amsterdam, they jointly developed a multifaceted oeuvre of software, machines and objects. Their research focuses on the possibilities that physical, chemical and computer algorithms can offer for the development of image generating processes. Driessens & Verstappen participated in numerous exhibitions a.o. Stedelijk Museum Amsterdam, Centre Pompidou Paris, Garage Museum Moscow, IVAM Institute Valencia, Museum Kröller-Müller Arnhem, Neue Pinakothek München, Les Abattoirs Toulouse, Eyebeam New York, Science Gallery Dublin. The couple gives lectures and presentations at universities, art academies, festivals and conferences, a.o. Siggraph Los Angeles, Sonic Acts Amsterdam, Second Iteration Melbourne. In 1999 and 2001 their Tickle robot projects have been awarded first prize at VIDA, an international competition for Art & Artificial Life. In 2013 the couple received the Witteveen+Bos Art+technology Award for their entire oeuvre. The artists are represented by gallery DAM in Berlin.

Since the beginning of their collaboration, Driessens & Verstappen were wondering if it possible to automate the production of art? This seemingly simple question became an adventure, when they realised how challenging it is to strive for an art in which spontaneous phenomena are generated systematically. Art that is not entirely determined by the subjective choices of a human being, but instead, is created by autonomously operating processes. A major source of inspiration are the self-organising processes in nature: the complex dynamics of physical and chemical processes and organic life that continuously produces new forms. It is mainly the decentralised processes, the so-called bottom-up processes, that have their attention. The forms and patterns are not organised by a central authority but by local interactions between many decentralised components. The artists observe these current processes and record them. In other works the images are created in real time by a machine. In addition to working with natural processes, they use the computer to program digital processes that generate fictional worlds. These programs express the internal structures of an artificial nature in all its variation, with a high degree of detail and often of great beauty.