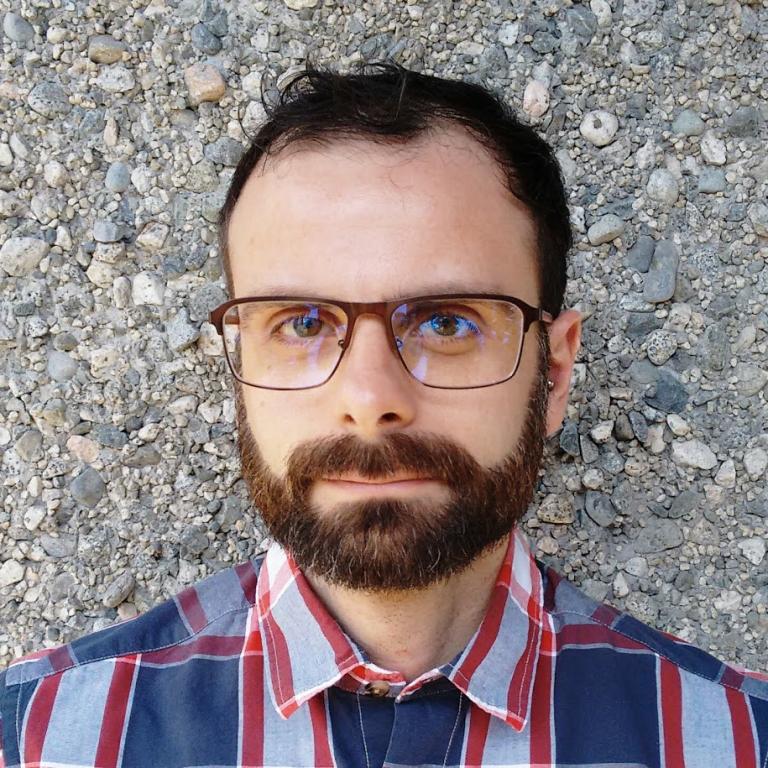 Ben Bogart is a non-binary adisciplinary artist working for nearly two decades with generative computational processes (including physical modelling, chaotic equations, feedback systems, evolutionary algorithms, computer vision and machine learning) and has been inspired by knowledge in the natural sciences (quantum physics and cognitive neuroscience) in the service of an epistemological inquiry. Ben has produced processes, artifacts, texts, images and performances that have been presented at galleries, art festivals and academic conferences in Canada, the United States of America, the United Arab Emirates, Australia, Turkey, Finland, Germany, Ireland, Brazil, Hong Kong, Norway and Spain. Notable exhibitions include  solo shows at the Canadian Embassy at Transmediale in 2017 and the TechLab at the Surrey Art Gallery in 2018. They have been an artist in residence at the Banff Centre (Canada), the New Forms Festival (Canada) and at Videotage (Hong Kong). Their research and practice have been funded by the Social Science and Humanities Research Council of Canada, the British Columbia Arts Council and the Canada Council for the Arts.
Ben enjoys tickling various mosses, can eat a lemon slice including peel without flinching, and if they had to be a bird would love to be a swallow.
Ben holds both master’s and doctorate degrees from the School of Interactive Arts and Technology at Simon Fraser University. During their master’s study (2006–2008) they began an artistic inquiry of machine learning and developed a site-specific artwork that uses images captured live in the context of installation as raw material in its ‘creative’ process. In their doctoral work (2009–2014) they made “a machine that dreams” that is framed as both a model of dreaming and a site-specific artistic work manifesting an Integrative Theory of visual mentation developed during their doctorate. Ben’s recent work involves building Machine Subjects that appropriate and reconstruct cultural artifacts using artificial intelligence. Ben is currently embarking on a two year project funded by the Canada Council for the Arts developing a body of work applying machine learning methods to image-making situated in painting history.
Ben is of Dutch and French ancestry and lives and works on the unceded traditional territories of the xʷməθkʷəy̍əm (Musqueam), Sk̠wx̠wú7mesh (Squamish), and Səl̓ílwətaʔ/Selilwitulh (Tsleil-Waututh) First Nations, also known as Vancouver.