Chair, and Associate Professor of Designat The American University in Cairo 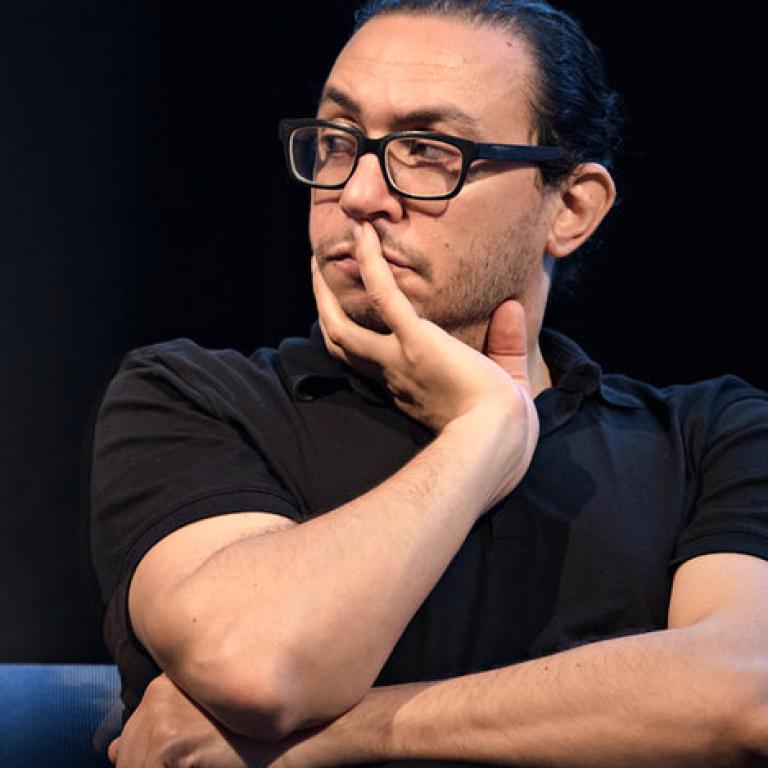 Haytham Nawar is a practicing artist and designer, as well as a scholar in the fields of art and design. He has built his professional and academic career over the past two decades simultaneously fulfilling the different roles.
Nawar’s extensive experience spans continents as he worked at the Ionian Centre for Art and Culture in Kefalonia, Greece, and taught at the School of Design in Hong Kong, in the Department of Communication Design, Polytechnic University. In 2014, he pursued his academic career as an Assistant Professor of Design at the American University in Cairo (AUC), where he served as Director of the Graphic Design Program from 2016 to 2019 before holding the post of Chair of the Department of the Arts at AUC since 2019.
Nawar is a two-time Fulbright Grantee. He was a Fulbright Visiting Artist at the School of Visual Arts (SVA), New York, USA, in the academic year 2011-2012. Later, in the academic year 2017-2018, he was a Fulbright Visiting Scholar conducting post-doctorate research at the ArtSci Center of UCLA, LA, USA.
Besides his academic career, Nawar is the founding director of Cairotronica, Cairo International Electronic and New Media Arts Festival, Egypt. Cairotronica is a biannual festival that takes place in Cairo since 2016.
Nawar is researching, writing, and publishing in the field of design History and practices with a focus on the Arab World and Africa. In general, Nawar is interested in multiscriptual design, Arabic type design, and typography. Nawar is also interested in pictographic communication systems as well as the notions of trans-culturalism and posthumanism. His engagement in the new media art community lead him to seek projects that challenge the boundaries between humans and machines in design and art.