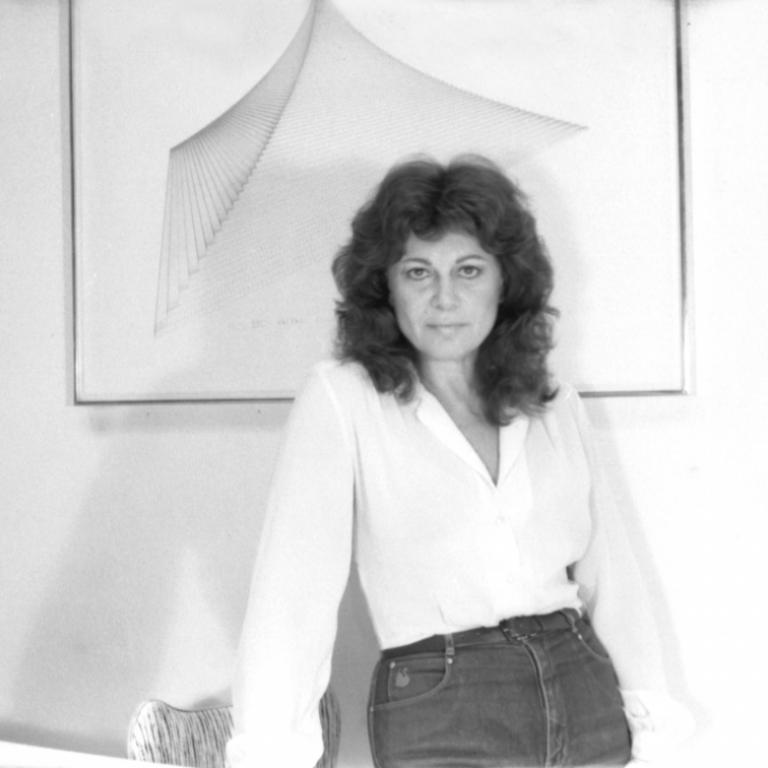 A primary figure among the concept-based artists who emerged in the 1960s and 1970s, Agnes Denes is internationally known for works created in a wide range of mediums. Investigating science, philosophy, linguistics, psychology, poetry, history, and music, Denes's artistic practice is distinctive in terms of its aesthetics and engagement with socio-political ideas. As a pioneer of environmental art, she created Rice/Tree/Burial in 1968 in Sullivan County, New York, acknowledged as the first site-specific piece with ecological concerns.

Wheatfield – A Confrontation, which the scholar and curator Jeffrey Weiss, has called “perpetually astonishing . . . one of Land art's great transgressive masterpieces” (Artforum, September 2008) is perhaps Agnes Denes’s best known work. It was created during a four-month period in the spring and summer of 1982 when Denes, with the support of the Public Art Fund, planted a field of golden wheat on two acres of rubble-strewn landfill near Wall Street and the World Trade Center in lower Manhattan (now the site of Battery Park City and the World Financial Center). With the support of the Trussardi Foundation, Denes's Wheatfield was replanted in 2015 on twelve acres of land in central Milan, Italy.

Among her many other artistic achievements is Tree Mountain–A Living Time Capsule, a monumental earthwork, reclamation project and the first man-made virgin forest, situated in Ylöjärvi, in western Finland. The site was dedicated by the President of Finland upon its completion in 1996 and is legally protected for the next four hundred years.

The Living Pyramid, a monumental sculptural work comprised of earth, wood, and plants, commissioned in 2015 by the Socrates Sculpture Park, Long Island, City, New York, was recreated in 2017 for Documenta 14 in Kassel, Germany.

The artist is currently proposing A Forest for New York, envisioned to occupy the 120 acres of barren land that comprises the Edgemere landfill in Queens.

Agnes Denes is also known for her innovative use of metallic inks and other non-traditional materials in creating a prodigious body of exquisitely rendered drawings and prints that delineate her explorations in mathematics, philosophy, geography, science and other disciplines. Works by Agnes Denes are in the collections of The Museum of Modern Art; the Metropolitan Museum of Art; the Whitney Museum of American Art; the Hirshhorn Museum and Sculpture Garden; the Art Institute of Chicago; San Francisco Museum of Modern Art; the National Gallery of Art, Washington D.C.; the Museum of Fine Arts, Boston; the Moderna Museet, Stockholm; the Israel Museum, Jerusalem; the Kunsthalle Nürnberg and many other major institutions worldwide.

She has completed public and private commissions in North and South America, Europe, Australia, and the Middle East, and has received numerous honors and awards including four fellowships from the National Endowment for the Arts and four grants from the New York State Council on the Arts; the DAAD Fellowship, Berlin, Germany (1978); the American Academy of Arts and Letters Purchase Award (1985); M.I.T's highly prestigious Eugene McDermott Achievement Award "In Recognition of Major Contribution to the Arts" (1990); the Rome Prize, American Academy in Rome (1998); the Watson Trans-disciplinary Art Award from Carnegie Mellon University (1999); the Anonymous Was a Woman Award (2007); the Ambassador's Award for Cultural Diplomacy for Strengthening the Friendship between the US and the Republic of Hungary through Excellence in Contemporary Art (2008) and a fellowship from the John Simon Guggenheim Foundation (2015).

Denes holds honorary doctorates from Ripon College, Ripon, Wisconsin and Bucknell University, Lewisburg, Pennsylvania and has had fellowships at the Studio for Creative Inquiry at Carnegie Mellon University and the Center for Advanced Visual Studies at M.I.T. She has lectured extensively throughout the US and abroad and participates in global conferences. She is the author of six books and is featured in numerous other publications on a wide range of subjects in art and the environment.

A highly critically acclaimed, comprehensive survey including newly commissioned sculptures by Agnes Denes opened in October 2019 at The Shed, New York, a major multimedia exhibition space in New York. The exhibition remains on view through March 22, 2020. A new exhibition at the Serpentine Gallery is planned to open this summer in London.