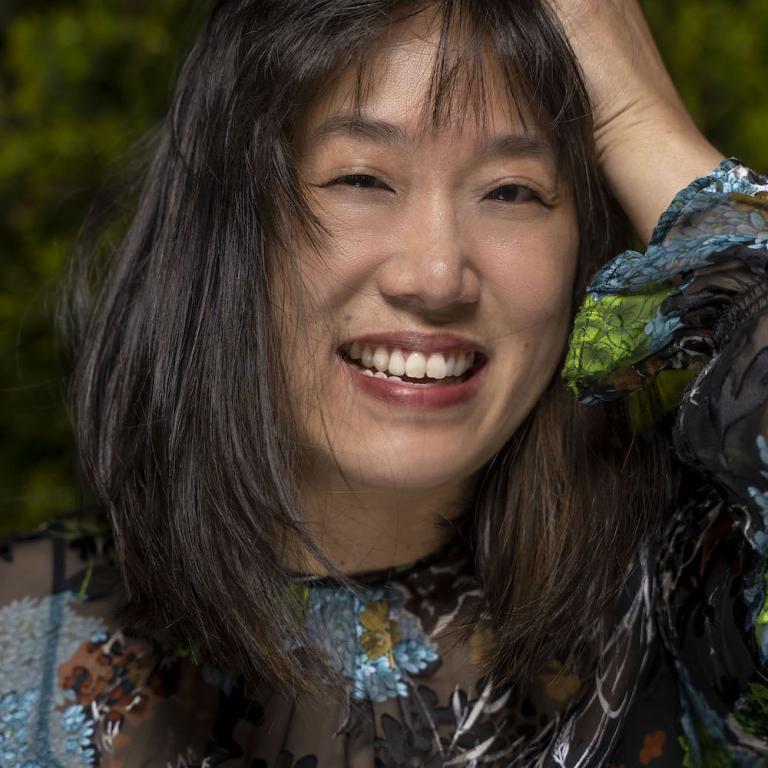 Olivia Ting is a hard of hearing visual artist, designer, photographer, video projectionist, and pianist. She explores audial perception without hearing and the intersections of sound perception interpreted as speech, noise, and music (organized sound). Without her hearing aid and cochlear implant, she perceives nearly no sounds, so visuals stand in for the audio that she is familiar with, but hears and not hears. Formerly a pre-med major at Pomona College, she went on to a second degree in graphic design at Art Center College of Design in Los Angeles. She worked for design and branding agencies in New York City for several years before returning to San Francisco, where her work expanded to collaborative video projections with dance choreographers and museum exhibits. She received her MFA Art Practice from U.C. Berkeley and is currently freelancing and developing new work reconnecting with her music background.