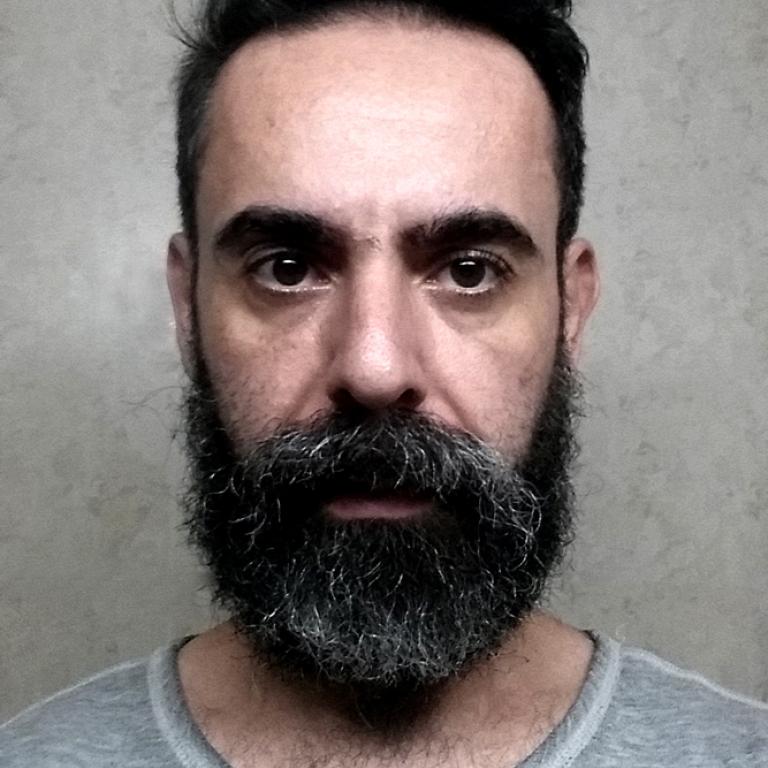 Daniel Malva is a Brazilian visual artist and researcher, who live and work in São Paulo since 2001. His research encompasses studies on artistic, linguistic and technological processes: the visual arts (typography, painting and drawing), the linguistic (etymological studies, alphabets, natural and artificial languages), emerging media (generative processes and artificial intelligence) and photographic (analogue and digital). The artist is interested in themes that involve discussions on the various fields of science, especially those involving Art and Science as a possibility of hybrid approaches. Poetics that materialize in serial cataloguing of objects, creation of words, fictional narratives, discussions about the body, time and death are present in his production.
Malva has a master's degree in arts (UNESP Institute of Arts in São Paulo/2019), a Technologist in Industrial Mechatronics (SENAI/2015) and a Bachelor of Photography (SENAC/2006). Since 2016 he has been part of the cAt and GIIP research groups, both licensed by CAPES. In these research groups, he has been developing collective works that encompass poetics and experiments in art science and publications of articles in the areas of art, science and technology. Since 2017 he has been collaborating with the collective COM.6 (read: with point six) with researchers Agda Carvalho, Clayton Policarpo, Edilson Ferri, Sergio Venancio and Miguel Alonso in an interdisciplinary project 'Ex-votos 'e a' Sala dos Miracles'.
The artist has already exhibited his work in Brazil, England, Norway, Portugal, Cuba, Austria and Switzerland. He has been at the Mezanino (São Paulo) and Kristin Hjellegjerde Gallery (London and Berlin) galleries. His work is part of the collection of the Museum of the City of São Paulo and was included in the important collective Geração 00, curated by Eder Chiodetto in 2011. In addition, his work in private Brazilian and European collections.