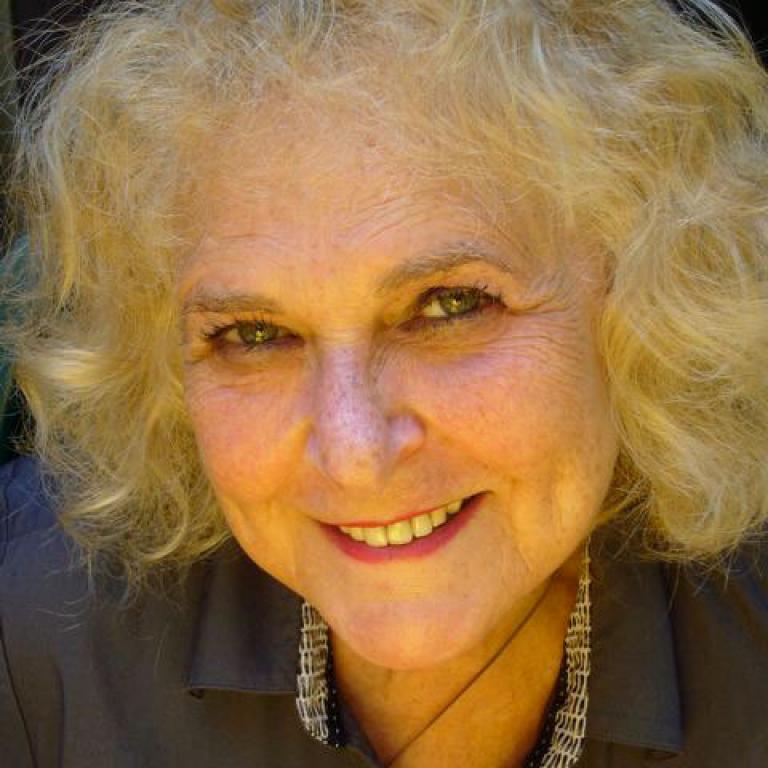 Nina Sobell is a contemporary sculptor, multimedia, and performance artist who pioneered the use of EEG technology, closed-circuit television, and internet communication in art. Early in her career, she focused on experimental forms of interaction and performance, and explored the ways in which technology mediates psychic transformations and modulates the perception of space and time. Her substantial body of work includes live performance and TV, museum installations, sculpture, and interactive video matrices that invited public participation.

Sobell began using video in the 1970s to observe spectators’ interactions with her sculptures which were placed anonymously in public areas. Immersing herself at the intersection of video and sculpture, Sobell became fascinated with creating psycho-social transformations via video technology, making environments and mobile structures to physically engage the viewer.

Her exploration of video’s relation to the subconscious and thinking of herself as an electronic medium, led Sobell to conceive of the groundbreaking Interactive Electroencephalographic Video Drawings (BrainWave Drawings) in 1973. Created in collaboration with systems engineer Mike Trivich, BrainWave Drawings enabled two participants to see their brainwaves matching in real time as they watched their own images simultaneously on closed-circuit video.

The seminal BrainWave Drawings would establish Sobell as an innovative cross-disciplinary artist who defies categorization and seamlessly blurs the lines between art, sound, video, technology, and performance. Sobell is credited with embracing digital video, internet-based performance and installation long before artists widely used them. Primarily interested in non-narrative work that leaves open the possibility for multiple interpretations, she finds inspiration working across diverse mediums, media, and materials--digital, analog, and organic and continues to explore human interaction in contemporary sculpture.

Sobell’s sculptures, installations, and video art have been widely exhibited internationally, including at DIA, ZKM (Center for Media Art in Karlsruuhe), MIT Vera List Gallery, and the Getty Museum and Research Institute, among many others. Her works are in video archives, and numerous public and private art collections.

Sobell received a BFA sculpture and printmaking from Tyler School of Art, Temple University, and a MFA in sculpture from Cornell University.