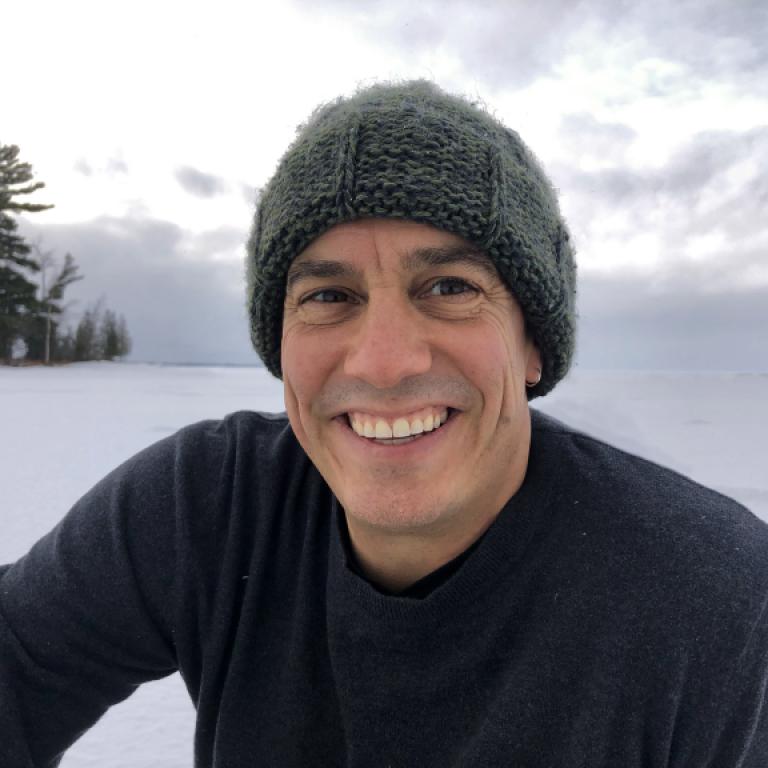 David Cecchetto is Associate Professor of Critical Digital Theory in the Department of Humanities at York University in Toronto, and an Associate Member of the Graduate Programs in Humanities and Film, as well as the the York/Ryerson joint program in Communication & Culture; he is also a Faculty Associate with Sensorium: Centre for Digital Arts and Technology and co-organizes the Tuning Speculation conferences and workshops as part of The Occulture. David is President of the Society for Literature, Science, and the Arts. He is a Series Editor of the para-academic Catalyst book series (Noxious Sector Press) and is Co-Editor of the Proximities: Experiments in Nearness book series (University of Minnesota Press).

David’s next monograph, Listening in the Afterlife of Data, is forthcoming with Duke University Press. His first monograph, Humanesis: Sound and Technological Posthumanism (2013), was released on the Posthumanities series of the University of Minnesota Press. David edited Something Other Than Lifedeath (Noxious Sector Press, 2018) and Phono-Fictions and Other Felt Thoughts (Noxious Sector Press, 2016), and co-edited Collision: Interarts Practice and Research (CSP, 2009). As a member of The Occulture, he is co-author of Ludic Dreaming: How To Listen Away From Contemporary Technoculture (Bloomsbury, 2017).

As an artist working with sound, David has presented his work in Canada, the United States, the United Kingdom, Mexico, Russia, and on the web.