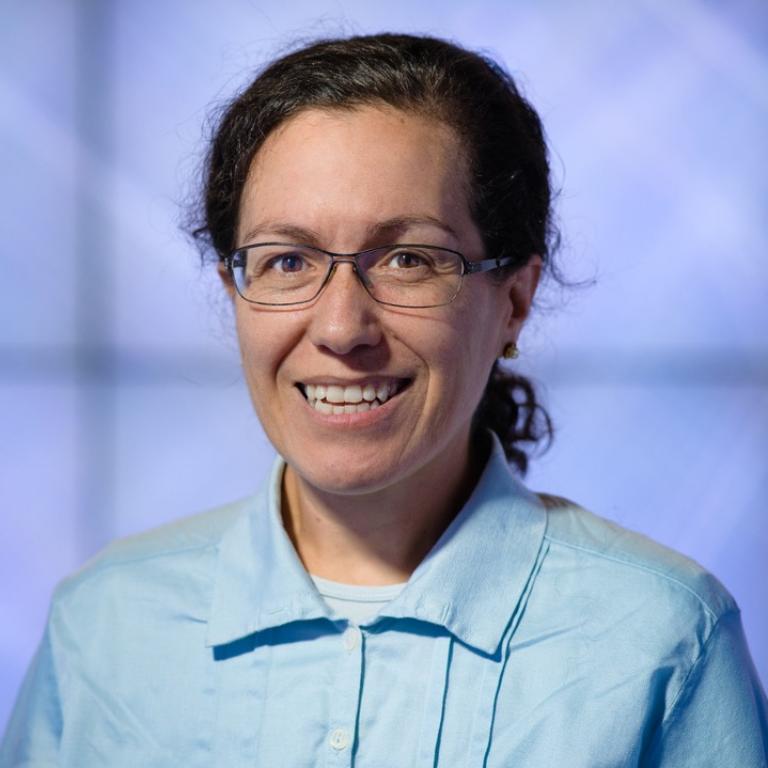 Julieta Aguilera graduated from the visionary School of Architecture of the Catholic University of Valparaíso, holds an MFA in Graphic Design from the University of Notre Dame, and a second MFA granted by the Electronic Visualization Laboratory at the University of Illinois at Chicago, where she developed a malleable grid VR environment consisting of tesseracts activated by body motion, titled “Unfolding Space". In 2019 she received her Doctoral degree from the Planetary Collegium program at the University of Plymouth, UK. She has taught the full Design curriculum, including interaction and immersive environments, in both collaborative and transdisciplinary courses. She worked at the Adler Planetarium for many years as the Associate Director of the Space Visualization Laboratory, where she contributed to various Planetarium shows, exhibits and Scientific Visualization outreach with designs, leadership and weekly presentations to the public, alongside her astrophysics peers. Her design for a Cosmic Web Poster won the Informational Graphics category in the 2011 NSF Visualization Challenge. She has also received grants and showed her work at art galleries. Most recently, she was an Academy of Creative Media visiting faculty at the University of Hawai’i. She has presented her scientific visualization, VR and academic work at various arts, technology and planetarium conferences, and is an active supporter of aesthetic inquiry in media arts and science efforts. She resides, along with her husband, in the Chicago area.