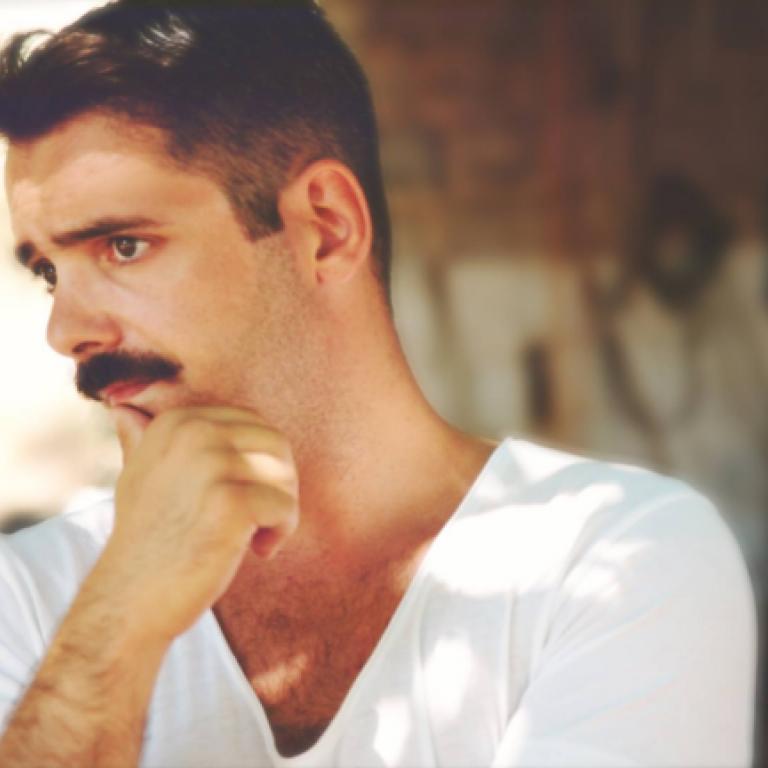 Bill Psarras (Dr., b. 1985) is an artist and musician. He is an adjunct lecturer at the Department of Audio & Visual Arts of Ionian University where he also works  as a postdoctoral researcher exploring “the interdisciplinary and intermedia impact of site-specific poetics and walking performance in the field of Geohumanities” (IKY State Foundation Scholarship). He has a BA in Audiovisual Arts and Sciences (Ionian University), an MA in Digital Arts (University of the Arts London) and a Ph.D in Arts & Computational Technology from Goldsmiths University of London (AHRC), supervised by Prof. Janis Jefferies and Prof. Lanfranco Aceti. His art practice includes site-specific walking performances, audiovisual installations, video art, poetry and music composition, exploring in various ways the poetics and politics of the 21st century urban experience. He has exhibited in more than 65 international festivals and group exhibitions (Onassis Foundation, Benaki Museum, UK Fringe Arts Bath, ROOMS 2013, WPA Experimental Media, MOVE WITH(OUT) project) and cultural institutions (Royal Academy of Arts 2010 Summer Exhibition, Goethe Institut ArtUp project, Storefront for Art and Architecture NY). His research has been published in international journals (LEA The MIT Press; Technoetic Arts Journal, IJART), conferences proceedings, workshops and symposia in the intersections of contemporary art, media arts and urban cultural studies as well as in State Museum of Contemporary Art of Thessaloniki. On 2014, he was invited as a keynote speaker at the University of Chichester for the Performing Place symposium. He is a rock musician and also the man behind the soundtrack project Ludmilla My Side. On 2017, he published his first poetry collection in Greek entitled ‘Tundra’ (Pigi Publications) presenting 44 poems on the intersections of art-geography-psychology.