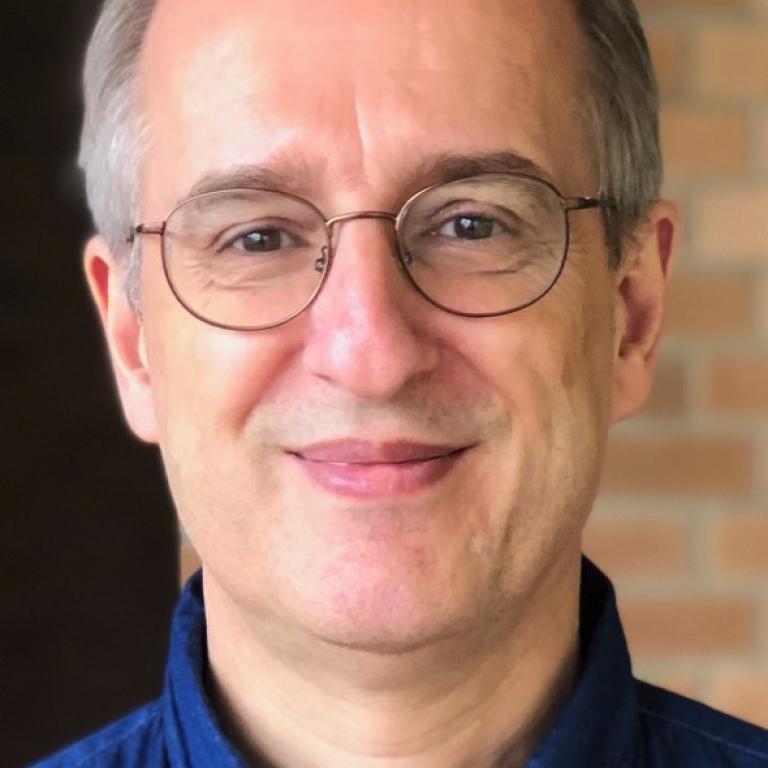 Dr. Ricardo Dal Farra is a composer and new media artist, educator, historian, and curator working in the intersection of the arts, sciences, and technology. He is a Professor at the Music Department of Concordia University, Canada (http://goo.gl/SeuhUx) and founder-director of the Electronic Arts Experimentation and Research Centre - CEIARTE of the National University of Tres de Febrero, Argentina.

He has been researcher and consultant on electroacoustic music and media arts history for UNESCO, France; director of the Hexagram Centre for Research-Creation in Media Arts and Technologies, Canada; associated researcher of the Music, Technology and Innovation Research Centre at De Montfort University, in the UK; senior consultant of the Amauta - Andean Media Arts Centre in Cusco, Peru; coordinator of the international research alliance DOCAM - Documentation and Conservation of the Media Arts Heritage; and director of the Multimedia Communication national program at the Federal Ministry of Education, Argentina.

Dal Farra has presented his sound-art, electroacoustic and visual-music works in more than 40 countries, and recordings of his pieces are published in 23 international editions (including CDs by Computer Music Journal and Leonardo Music Journal, by MIT Press). Among others, he received awards and commissions from the Sao Paulo International Arts Biennale, Brazil; the National Endowment for the Arts, Argentina, the Concours International de Musique Electroacoustique de Bourges, France; the Centro di Sonologia Computazionale of the University of Padua, Italy; and the International Computer Music Association.

For UNESCO, he conducted extensive research on Latin American electroacoustic music (https://cutt.ly/Ud7TfhZ in English, and https://cutt.ly/Ud7Ttmi in Spanish). Funded by The Daniel Langlois Foundation for Art, Science and Technology of Montreal, he created the largest collection publicly available of Latin American Electroacoustic Music, including a database with over 2,000 recordings of works digitally preserved, composed 1957-2007 by almost 400 composers, and +200,000 words (http://www.fondation-langlois.org/html/e/page.php?NumPage=556). Also, he made a substantial contribution to the ElectroAcoustic Resource Site - EARS project (http://ears.huma-num.fr).

Dal Farra is founder-director of the international conference series Understanding Visual Music - UVM (held in Canada, Argentina, and Brazil), and founder-director of the international conference series Balance-Unbalance (held in Argentina, Canada, Australia, United States, Colombia, the UK, and The Netherlands) on how the media arts could contribute to solving the environmental crisis (http://balance-unbalance2018.org). He also has been leading art-science projects, like the three editions of the sound-art international contest organized with the Red Cross Climate Centre, and designed multiple art-science-technology educational programs.

Dr. Dal Farra was the artistic director of the Mexican electronic arts biennale Transitio in 2015, and a guest keynote at Congreso Internacional de Humanidades Digitales (2016) and SIGRaDi - Ibero-American Digital Graphic (2016), held in Argentina, and HDRio - I Congresso Internacional em Humanidades Digitais (2018), held in Brazil. He is an active member of several editorial boards: Leonardo/ISAST (MIT Press, USA), Organised Sound (Cambridge Press, UK), and Resonancias - Musical Research Journal (Catholic University of Chile). He has served in the editorial board of Leonardo Music Journal (MIT Press), the Journal of Research on Music Education (ADOMU, Argentina), and the Journal of New Music Research (The Netherlands). Dal Farra is a full member of Colegio Latinoamericano de Compositores de Música de Arte, a member of the advisory board of the Fulldome Festival (Jena, Germany), and member of the board of ISEA International.

Can the Arts Help to Save the World?

Papers from the 4th and 5th Balance-Unbalance International Conference, Part 1

Papers from the 4th and 5th Balance-Unbalance International Conference, Part 2