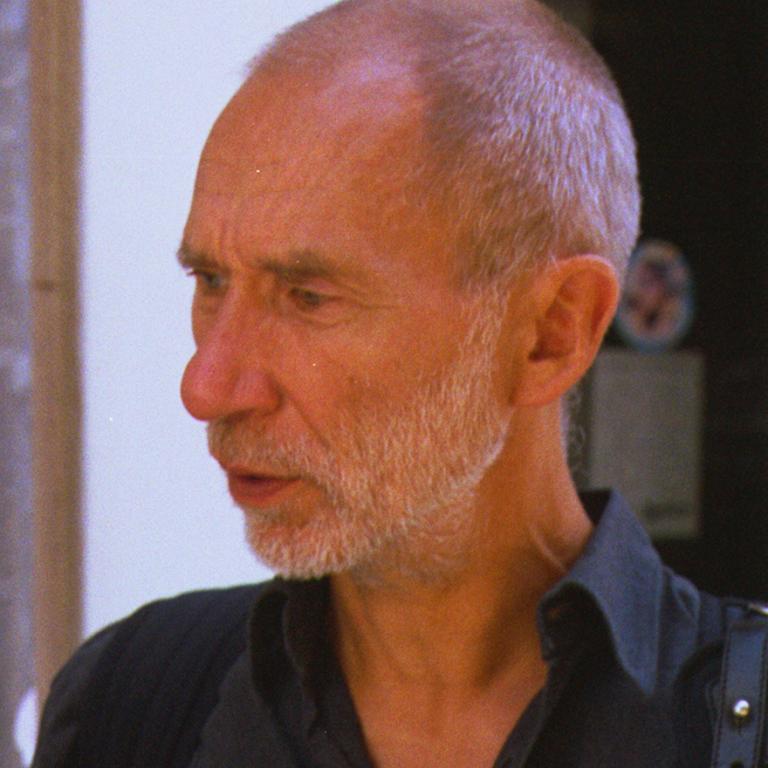 Frieder Nake is a professor emeritus of Computer Graphics and Interactive Systems. He is now teaching Digital Media & Algorithmic Art both at the University and the University of the Arts, Bremen.

He earned a Ph.D. in probability theory from the University of Stuttgart in 1967. By that time, he was already acknowledged as pioneer of computer art.

He is leading the compArt | center of excellence Digital Art that is permanently developing an online database on early digital art.

He began work in computer graphics and art in December 1963. He had his first exhibition in 1965, and has contributed to a large number of art exhibitions, both solo and group shows. Among these were the influential Cybernetic Serendipity, London 1968, Proposal for an Experimental Exhibitionat Venice Biennal e1970, and Tendencies 4 & 5, Zagreb 1968-73.

He had a retrospective exhibition, Die präzisen Vergnügen, in 2004/05 at Kunsthalle Bremen, showing his early graphic works and new interactive installations. This show went to ZKM Karlsruhe. A series of international and national shows have followed since around the globe.

His work is represented in several museums and private collections. He has published in many areas of his research, about 300 publications. He has an extensive teaching record on all levels of computer science, but also in the art & media, aesthetics, and education. He won the First Prize of the Computer Art Contest of ”Computers and Automation” in 1966. In 1997, he was honored by the University of Bremen award for excellence and innovation in teaching. He has been a visiting professor to the University of Vienna, University of Oslo, University of Colorado at Boulder, University of Aarhus (Denmark), International School of New Media at Lübeck, University of Basel, Danube-University Krems, University of Costa Rica, Tongji University Shanghai. He has organized national and international conferences on computer graphics, document processing, semiotics, and human-machine interaction.