The Mindful Mona Lisa: Physics and Philosophy for a Sustainable World 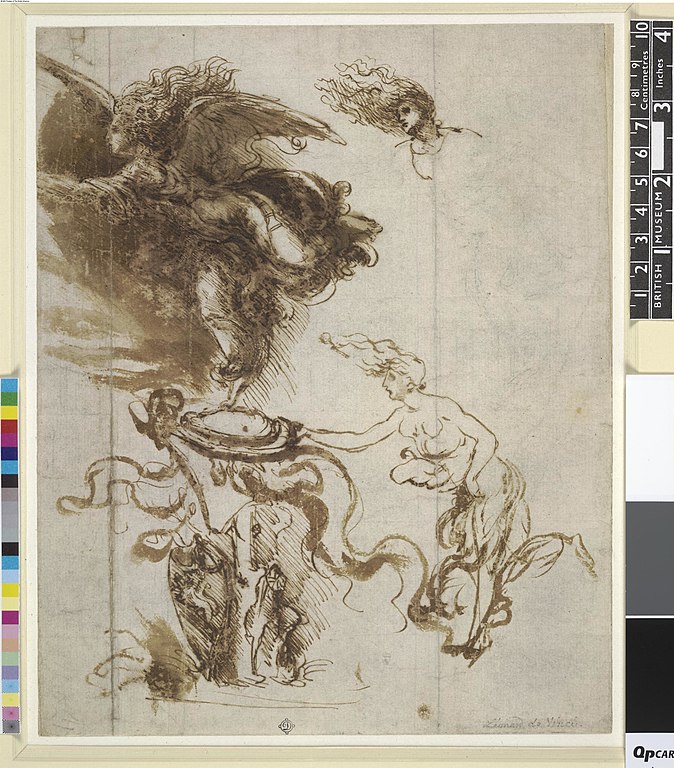 Sphere eight of the ten celestial sciences defined by Dante, following the seven Liberal Arts, is the realm of Physics and Metaphysics represented by the fixed stars.

The Greek prefix “meta-” actually means “after or between,” not “outside or about,” and this subtle mistranslation strongly influenced post-Aristotelian philosophy which mistook Metaphysics to mean “outside or about nature” rather than “the books of Aristotle grouped after the Physics.”

Recognizing the distortion caused by placing wide areas of philosophy (like poetics and politics) “outside” or “about” physics -- from physis or natura meaning approximately “universe” -- parallels Leonardo’s rigorous method of integrating all sciences and all phenomena holistically.  He admonishes his peers (past and present) who “write that you possess information of those things of which the human mind is incapable and which cannot be proved by any instance from nature.”

Many questions are simplified by defining large swaths of knowledge as external to nature because observation and experiment become irrelevant.  Authoritative or arbitrary conclusions, if not subject to verification in nature, can prevail simply by virtue of frequent repetition, custom, or interest.

Unfortunately this false simplicity obscures interconnection and masks much of reality from the philosophic enterprise.  Not only are humans separated from the observable universe (like mind separated from body) but so are cosmic fundamentals like first causes and the limits of certainty for which modern physics has ironically proven so indispensable.  Misreading a short prefix helped calcify historical barriers to inquiry which still plague and obstruct our efforts to address climate crises, inequality, ethnonationalist warfare, and other existential threats.

Santillana suggests Leonardo “unwittingly absorbed massive doses of Aristotle, which will slow down his thought.”  Yet Leonardo hewed closely to what he could observe, rather than what was written in academic texts, also avoiding the Neoplatonism of his day in favor of a highly modern and pragmatic empiricism.  For Santillana, “Leonardo discovers…a universe in which everything is immanent physical clarity, where nothing is fixed or transcendent, where everything is force, life, and movement…. fitting for a scientific artist.”  Fritjof Capra similarly illustrates how Leonardo was a true systems thinker who saw all phenomena as flowing processes governed by network patterns, cycles, and hybridity.

Leonardo focused on physis and saw all phenomena as natural.  Even our own senses, faculties, and behavior are part of nature and follow its principles.  Humans cannot step outside of nature and control it -- a pleasant illusion -- but rather must continuously investigate and understand the interconnections on all levels of which we form an interwoven part.  In order to re-engage with nature and physical reality Leonardo had rather to “step outside” the authoritative knowledge and settled theories of his day.  Through this rigorously modern turn he became Santillana’s “man without letters,” moving beyond conventional frameworks, by using scientific method firsthand and creating aesthetic images informed by direct experience.

The image chosen for this third-to-last blog of the year depicts the deity Fortuna in the aspect of Occasio, or Opportunity, with hair blown forward, holding a convex surface atop a broken tree from which a winged figure takes flight.  This could be winged Fortune, or perhaps Nike, representing successful adaptation or “victory” over adverse conditions.  Leonardo may well have designed this allegory to imagine science and art liberated from medieval constraints, free to develop beyond their nascent immaturity, thereby foreshadowing today’s hope that sustainability will achieve real impact before the chance to make a meaningful difference passes us by.