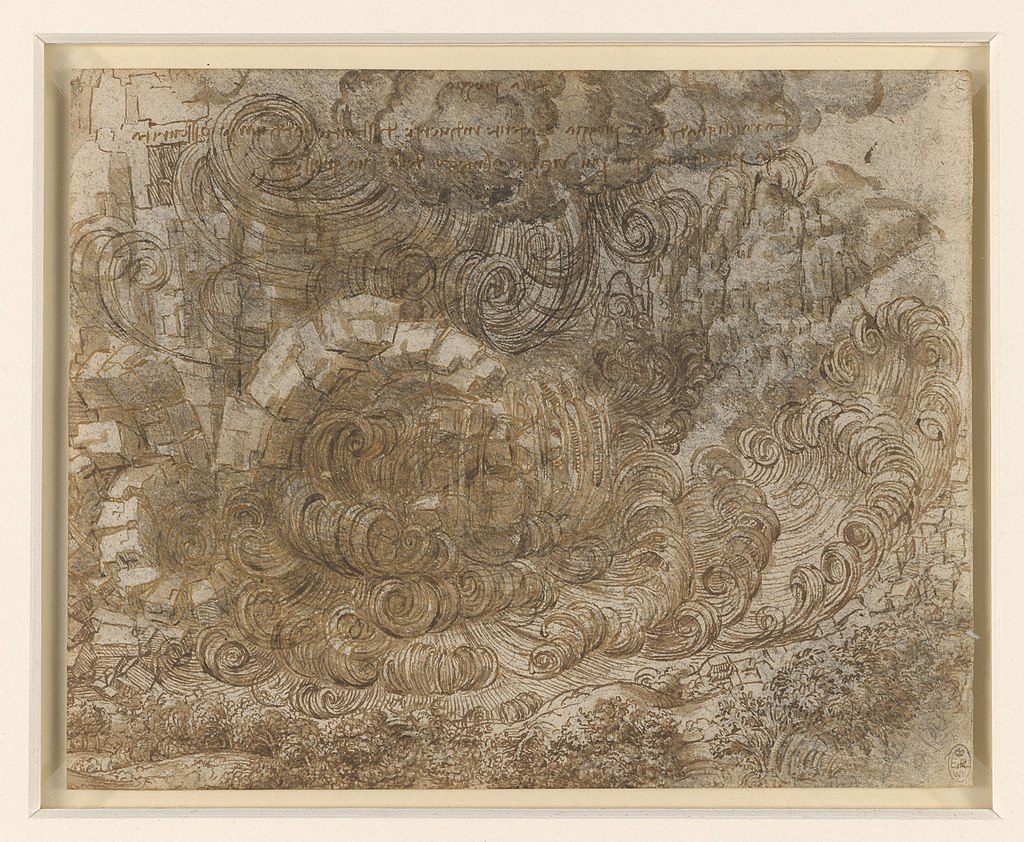 Sphere five of what Dante calls in his Convivio “the heaven of the sciences” belongs to Mars, the Roman deity of war.  The mathematical disciplines of the Quadrivium are not strictly sequenced, so Dante assigns Music – sometimes called “number in time” – to the second place, Mars, reserving Geometry, or “number in space,” for the stately and supreme sphere of Jupiter.

Alternatively, one could reverse this and grant Geometry to Mars (if only because Jupiter’s children include Apollo, and Zeus’s the very Muses themselves).  How might the attributes of Geometry coincide with the martial nature of the red planet?

Such metaphoric associations may be no more than mnemonic (a la Warburg) yet can offer insight into the methods and aims of the Renaissance and hence the early origins of modern art and science, perhaps even illuminating forgotten roots of many still urgent dilemmas.

Derived from the Greek “to measure land,” the gravitational implications of geometry discovered by Einstein as general relativity evoke potentially useful metaphors of attraction, orbit, momentum, ascent and descent, not only collapse or collision.  Indeed the Roman Mars differed from the chaos-loving Ares of ancient Greece in that the former represented peace, stability, and orderly balance not merely combat and conquest.  In this poetic sense we can understand the tension, disequilibrium, and rupture of conflict as following both structural and topological geometries in their material fabric.

Machiavelli described conflict as a ruinous river (fiume rovinoso) caused by the “flood” of Fortune when unrestrained by dams and levees.  Leonardo saw war as a beastly reversion, Dante as a curse.  How is the human disposition toward Fortune, i.e. chance and change, a distinguishing trait among these three?  Where Dante granted Fortune respect, and Leonardo centered his method Esperienza in art and science on guidance from nature, including chance and change, Machiavelli favored forced subjugation of Fortune: a misguided over-confidence in power and domination which can backfire much like the hybris of ancient Greece, paradoxically worsening or even causing the ruinous deluge.

Perhaps Leonardo’s fascination with depicting destructive floods in his late "deluge" drawings, and environmental catastrophe in writings such as “Of the Cruelty of Man,” coincides with his prescient understanding of the fragility and power of nature and the myopia of human disrespect toward it.  He foresaw clearly how unenlightened technical production could, in the name of expediency and control, wreak as yet unimaginable ecological and human destruction.

Best outcomes in human affairs depend on both good luck and proper disposition toward positive opportunity as well as risk.  Future prospects for a sustainable planet center largely on peaceful resolution of conflict, consistent levels of collaborative effort, and astute planning of adaptive measures, all of which require imaginative art in addition to technical science.

Perhaps quantum geometry, one theorized “bridge” between classical relativity and particle physics, proposed by Abhay Ashtekar, can supply a math metaphor to inspire Leonardian insights regarding uncertainty, chance, and positive change in the arts and sciences:

“Quantum Einstein’s equations extend this space-time to the past of the big-bang. The pre-big-bang branch is contracting and the current post-big-bang branch is expanding. The band in the middle represents the ‘quantum bridge’ which joins the two branches and provides a deterministic evolution across the ‘deep Planck regime’.”

Ironically, the Machiavellian political roots of a modernity which seeks to control human events by technical means may pose the greatest ongoing threat to sustainable transformation, repeating age-old errors in the name of efficiency, necessity, and a mechanized materialism which lacks the ability to see.

Next blog: poetry and the sustainable imagination