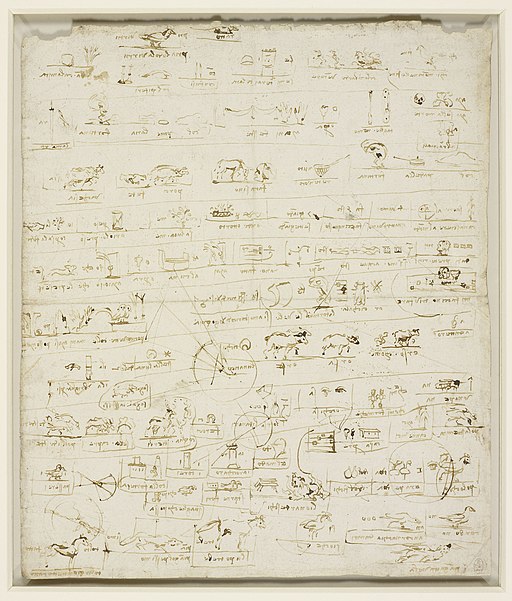 The Italian Renaissance period exemplifies the transition from the medieval era to the modern.  All spheres of human activity were affected, from the arts and sciences to politics, economics, and philosophy.

Leonardo (1452-1519) was a major figure in this transition but there were many others.  The concept of a “Long Renaissance” divided into an “Early” period (1300-1460) and a “High” period (1460-1543, or even 1600) illustrates the great depth and extent of the changes that occurred throughout Italian culture, society, and institutions.

An Italian “Proto-Renaissance” 1250-1300 is also widely accepted, and this period nurtured both Giotto in painting and his friend and colleague Dante in poetry.  In a sense, the fundamental process of the Renaissance was to “translate” the artifacts and ideas of classical antiquity into contemporary Italian life, transforming both into something simultaneously historical and new.  Dante transformed literature by writing in the vernacular rather than Latin, and by integrating ancient writers and ideas into the context of his own time.  Giotto transformed painting by evolving it beyond the strict conventions of Byzantine form to include classical elements of realism, naturalism, and individualized human subjects.  The cultural ferment fed by literature and the arts synergistically brought the sciences to greater prominence.

One way to illustrate translation and transformation is the metaphor of traversal.  In the Commedia Dante is repeatedly "traslato" (translated) from one afterlife landscape to the next; river crossings mark the different phases of his journey; and he coins the hapax legomenon "trasumanar" (trans-human) to describe his poem’s process.  Dante uses literary chiasmus, and Leonardo visual, in great profusion.    Intersection, knots, and helix images appear throughout Leonardo’s work (including the Mona Lisa), and his science illuminated change processes in geology, river systems, optics, and biology.

The currents of change by recombination to which Dante and Giotto contributed so much momentum pervaded the entire Renaissance.  Leonardo’s core methods of observing nature and valuing direct practice in both science and art as highly as theory showed his great respect for both Dante and Giotto and their spirit of renewal by integration rather than simplistic imitation.

As society today faces global challenges of unprecedented severity and urgency, it may be helpful to consider the kind of change dynamics the Renaissance relied upon.  Since most network processes are iterative (both in culture and the natural world), evolving in non-linear and often cyclical patterns, it may well be that a "second" Renaissance could occur in our own time.

The Global Trends 2040 intelligence estimate forecasts a “Renaissance of Democracies” as its most optimistic potential scenario for the next two decades.  Such an outcome will require significant evolutions in world culture to complement strictly scientific or technological advances.  The positive transformation and renewal of human imagination is essential to successfully address the crises of the 21st century.

One great milestone defining the modern age, Einstein’s theory of special relativity, uses the concepts of translation and transformation in an evocative way if read in a Renaissance context:

The interconnected fabric of changes that unite space, time, matter, and light represent one theme which Dante, Leonardo, and Einstein all have in common.

Next blog:  fragments and recombination