The Mindful Mona Lisa: Fortune’s Garment in Dante and Machiavelli 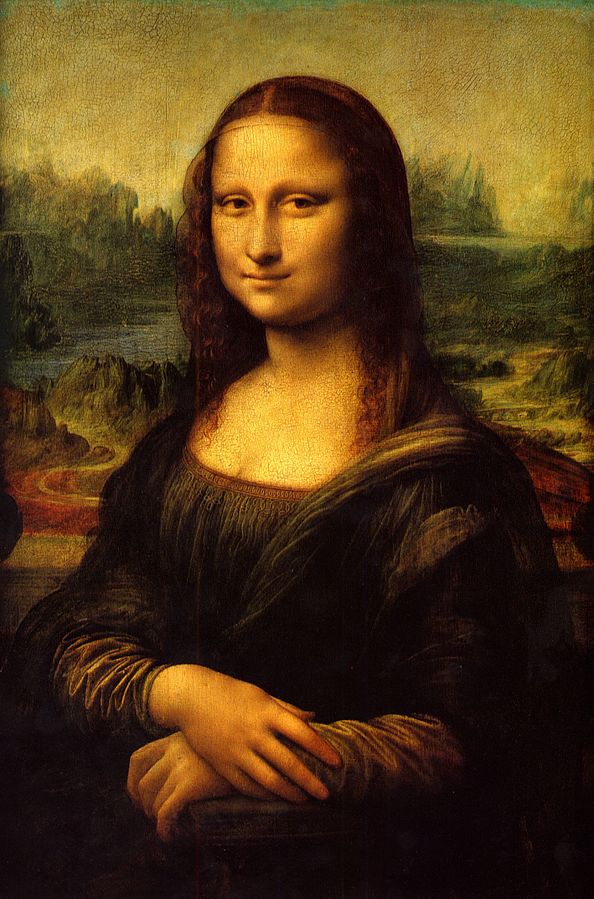 Leonardo expert Martin Kemp of Oxford University wrote in his 2017 book Mona Lisa: the People and the Painting that "A full study of Leonardo and poetry would be highly rewarding -- and very demanding" (p.143).

While searching the Inferno last week for passages potentially relating to the Mona Lisa, I found the following in Canto VII, lines 67-96 (Ciardi translation) in which Dante asks Virgil:

on this Dame Fortune -- what is she, that she holds

the good things of the world within her clutch?"

And he to me: "O credulous mankind,

is there one error that has wooed and lost you?

Now listen, and strike error from your mind:

That king whose perfect wisdom transcends all,

made the heavens and posted angels on them

to guide the eternal light that it might fall

and posted as their minister this high Dame,

the Lady of Permutations.  All earth's gear

she changes from nation to nation, from house to house,

in changeless change through every turning year.

No mortal power may stay her spinning wheel.

The nations rise and fall by her decree.

None may foresee where she will set her heel:

cannot encompass her.  She rules her sphere

as the other gods rule theirs.  Season by season

and those whose turn has come press on her so,

she must be swift by hard necessity.

And this is she so railed at and reviled

that even her debtors in the joys of time

blaspheme her name.  Their oaths are bitter and wild,

but she in her beatitude does not hear.

Among the Primal Beings of God's joy

she breathes her blessedness and wheels her sphere.

This extraordinary passage has many echoes in Leonardo's writing and images: Nature’s rule by Necessita, the laws of light and the spheres, unjust accusations, material goods and change, beatific joy, permutation, changes upon changes, a flowing and rotating cosmos, holding in “branches,” and more.

Dante voices deep respect for the Ovidian principles of chance and permutation.  Quite oppositely, Machiavelli defines his ethos of the imagination—i.e., the proper use of art and science--as the forcible domination of Fortuna without regard for morality.  Leonardo was vastly more aligned with Dante.  Both consistently praised truth over deception, associating the former with light which would always defeat falsehood, and disdained hubristic attempts to master fortune.

In attempting to equal poetry with painting, Leonardo may well have sought to evolve into the modern era Dante's poetics of beauty and love symbolized by Beatrice, combined with Fortuna’s rule over events through time, as Esperienza: a female personification of the guiding ideal of all art and science.  (Indeed, the “braiding,” weaving of fabrics, and chiastic motifs in Leonardo’s works may symbolize the dynamic fusion of Fortuna and Beatrice into the complex hybrid entity Esperienza.)

Fun Fact:  Dante was a political ally of the Gherardini family, whose motto is the same as Calvino’s: “festina lente.”  :)

Next blog: experience and bridges