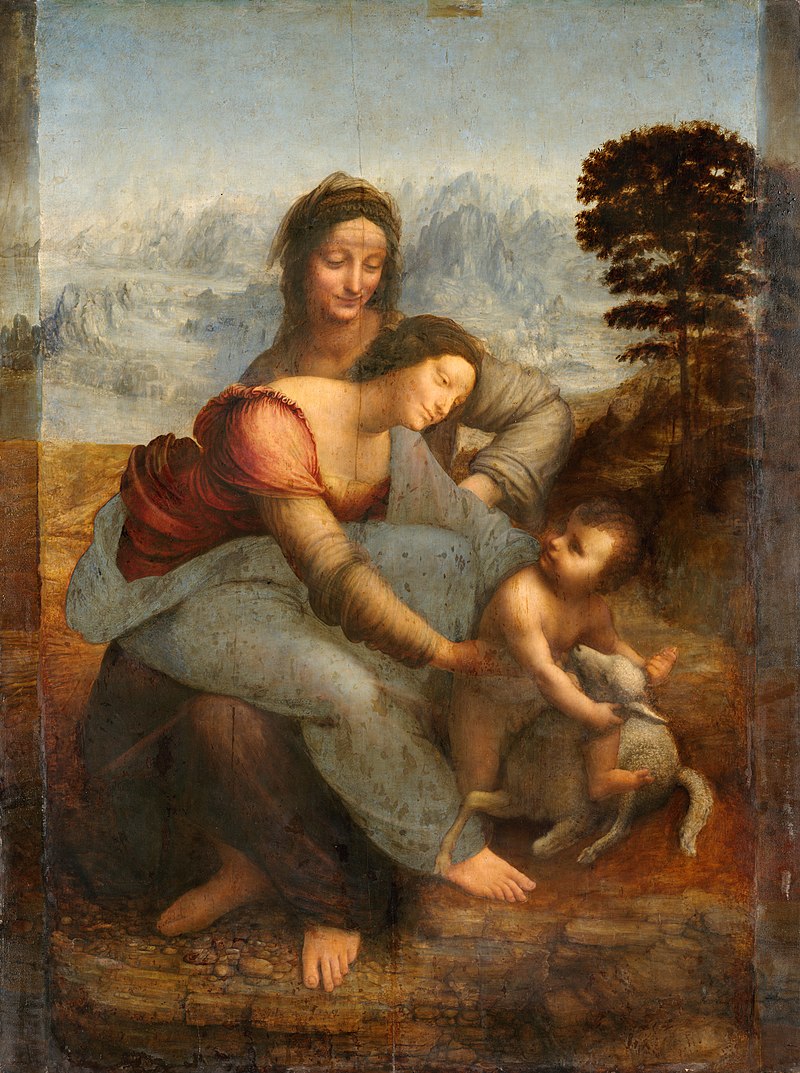 Recently I started looking at Leonardo's Virgin and Child with Saint Anne in depth for the first time and got an idea of the following interpretation:

I am still researching this hypothesis, and it is speculative -- offered with a grain of salt in the spirit of poetic license -- but for me it resonates with Leonardo's own words:

"If you condemn painting, which is the only imitator of all visible works of nature, you will certainly despise a subtle invention which brings philosophy and subtle speculation to the consideration of the nature of all forms — seas and plains, trees, animals, plants and flowers — which are surrounded by shade and light. And this is true knowledge and the legitimate issue of nature; for painting is born of nature — or, to speak more correctly, we will say it is the grandchild of nature; for all visible things are produced by nature, and these her children have given birth to painting. Hence we may justly call it the grandchild of nature and related to God."

"Experience, the interpreter between formative nature and the human race, teaches how that nature acts among mortals; and being constrained by necessity cannot act otherwise than as reason, which is its helm, requires her to act."

Leonardo may have imagined after painting the Saint Anne something different than the verticality and hierarchy, having more unity and a subtler interfusion of elements, more cyclicality and less architecture, leading to the more spherical and flowing cosmos of the later "universal picture" the Mona Lisa which is also an allegory of Experience.

Comparisons can be made to other bi-diagonal compositions by Leonardo such as the Madonna of the Rocks, Salvator Mundi, and Madonna of the Yarnwinder.  The Last Supper is also a waveform centered on an intersection, i.e. that of the horizontal axis with the line of perspective.

Next week: Turbulence and Renormalization