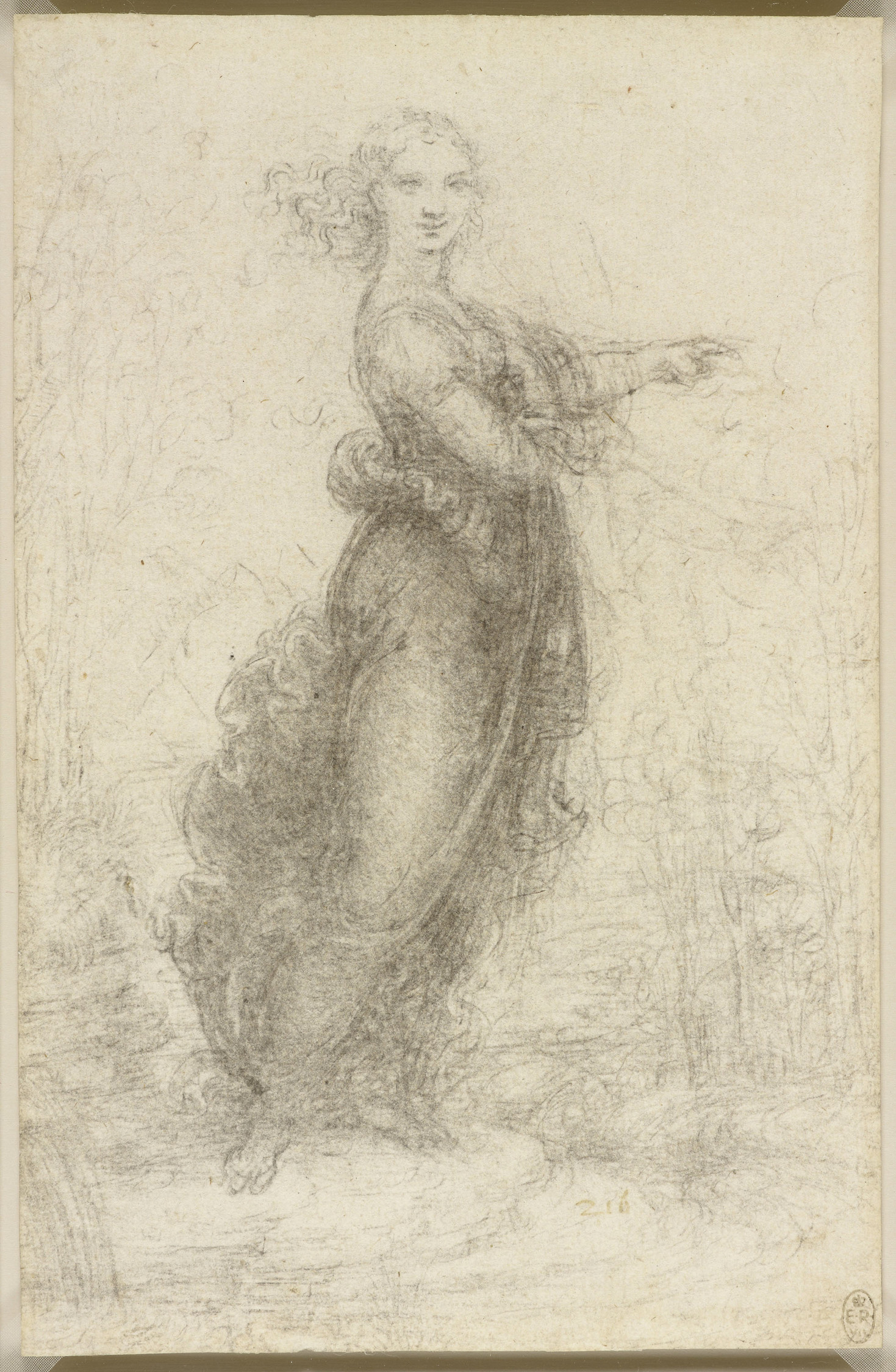 As a lifelong pioneer across the arts and sciences, Leonardo took both risks and precautions when he traversed certain boundaries.

Understandably his fame and innovation gained him many detractors.  In his own defense against such adversaries he wrote:

“Do they know that my subjects are based on experience rather than the words of others? And experience has been the mistress of those who wrote well. And so, as mistress, I will acknowledge her and, in every case, I will give her as evidence."

Esperienza to Leonardo meant a union of scientific evidence and artistic creation, which through their development over time represented the very essence of the human soul.  He wrote that depictions of people should reveal “the purpose in their minds;” could the Mona Lisa be such a portrait of the philosophical ideal he personified as a woman and pledged always to honor?

Leonardo produced numerous allegorical images, some clearly labeled with the principles they illustrate and others not.  Since scientific inquiry and artistic freedom were sometimes persecuted in Leonardo’s time he would have had good reason not to label an allegory of Experience, leaving it a mystery or subtly weaving it into a work valued for other qualities.

His drawing A Woman in a Landscape has an allegorical feel, but is not labeled.  It is sometimes interpreted as a depiction of Matilda from Dante’s Purgatorio, who introduces the poet to that realm of the afterlife and helps to guide him out of it.  Yet there is no clear agreement and the subject remains a mystery.

I see in this drawing two important details: a small cascade of water in the left foreground (indicating a stream flowing from left to right then into the center of the background) and the outline of a single-arched bridge over the stream.  The image, drawn shortly after the completion of the Mona Lisa, thus shares potentially all of its elements with it: a winding stream or river, rocks and mountains, a distant lake or sea, flowing hair and dress, a direct gaze from a smiling solitary figure, pointing gestures, and a bridge symbolizing an important connection.

Dante, universally revered in Leonardo’s day, wrote “These two places [the eyes and smile] may be called, by way of a charming metaphor, the balconies of the lady who dwells in the edifice of the body, which is to say the soul, because here, though in veiled manner, she often reveals herself.”  The Mona Lisa's elusive and changing expression suits the dynamic and flowing nature of experience.

Leonardo produced multiple allegories of Envy, of which he wrote "Envy wounds with false accusations, that is with detraction, a thing which scares virtue," and that "Victory and truth are odious to her."  (Leonardo sometimes used “victory” as a pun on his own name “vinci.”)  It is therefore understandable why Leonardo would invest considerable time, talent, and energy into a defense of "sound experience -- the common mother of all the sciences and arts" against the destructive power of Envy.

Widely accepted symbolic interpretations in the Mona Lisa, such as of her garment and hair as images of water flow, set ample precedent for the philosophical allegory of Esperienza to unify the work on all levels, complement its aesthetic beauty and power, and sustain Leonardo’s most cherished values beyond his own time.

Next week: allostasis and metamorphoses