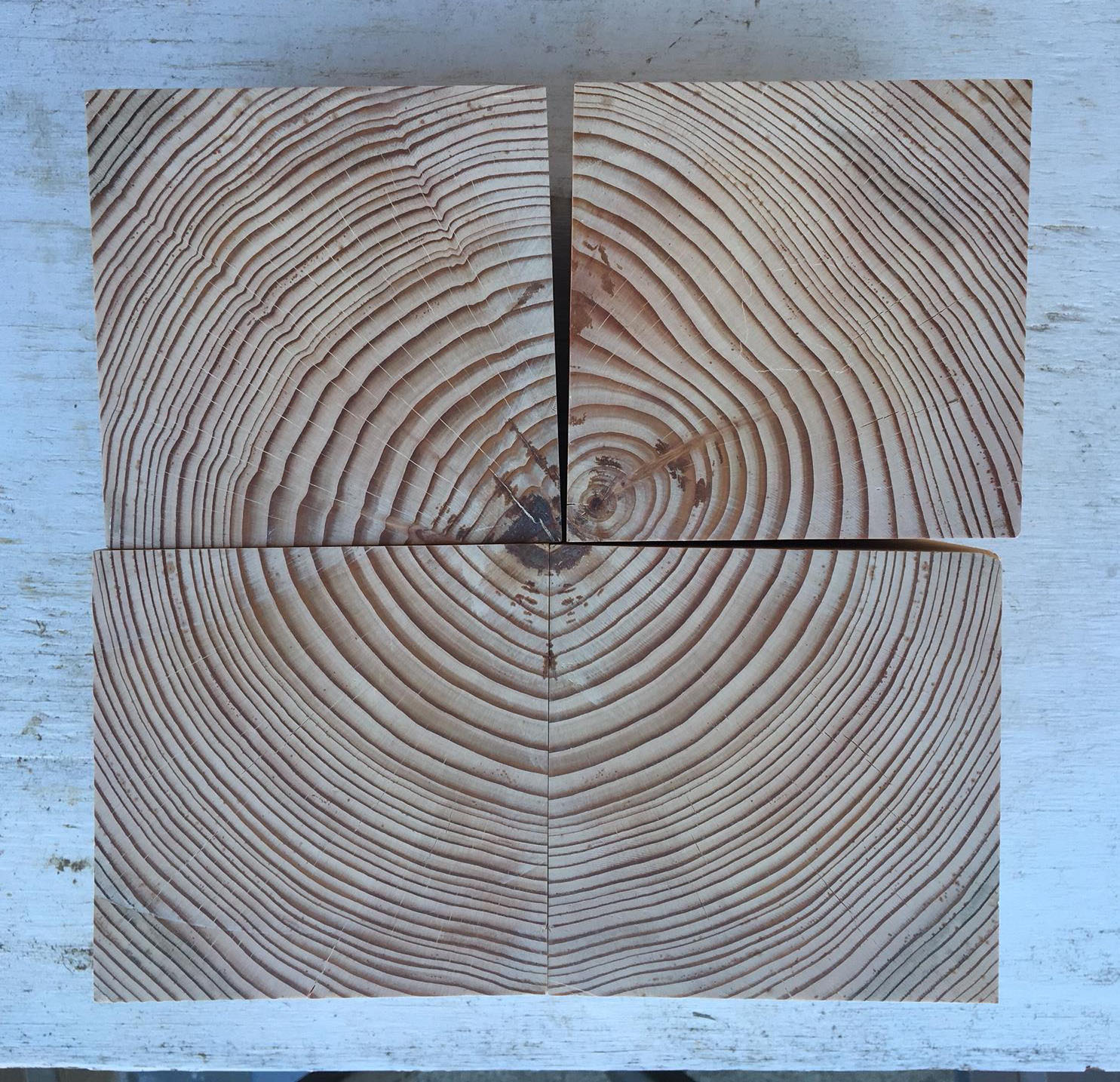 The maquette for my sculptural installation completed, I turned to making a larger version: five and half inch square faces. Since I’m working with cubes, the sized is not doubled, but cubed; of course, this makes for much more wood! The lumber comes from the same tree that I used for the maquette, this piece closer to its heart. The rings show that the young sapling had a growth spurt before it settled down to more even, though still substantial, growth. It was more difficult to make blocks from this piece of lumber since it was a bit too big to cut right through, even with the largest blade. Therefore, each piece had to be rotated to cut completely through it. Despite careful eyeballing and guiding, little errors crept in, so Euclidean perfection was not to be. Still, each cube has six faces, so there were innumerable ways to arrange them so that four blocks would sit squarely on one another. I set up on a table in the barn, protected from the wind, facing out so that the light from outside would blaze between the uneven faces to help me find the best order. Once the arrangement was found, I took the stack to where I would finish and paint the blocks. But I had not marked them well enough to keep track of all the faces, and eventually settled for something that works, but was not quite the exquisitely stable unit I had made in the barn. I’m learning that the pragmatism of this decision may have formed in the nexus between the idea and the material. From the artist-scientists in residence I’m learning why this is: the body can only bend in certain directions, the musical instrument, even when coaxed, cannot emulate the myriad sounds around, paint can merely indicate not replicate light or our reaction to it, clay bodies crack, words—like my cubes—can be ornery! The process is not to fight this challenge, but work through it. I’m wondering if a source of innovation in art (and science) may come from artists (and scientists) who not only think outside the box, but are able to master the ‘physicality’ of traditional and novel mediums they use; perhaps even the embodiment of light? Now, on with the paint!