The CUSP: from finite time singularities to breaking waves

Focusing light at the bottom of a tea cup is an every day experience, but a precise observation of the light pattern shows a very simple but singular bright curve with a clearly recognizable pattern. The lines where the light rays focus are called caustics that merge in a CUSP. The mathematical description of these types of singular curves can be found in the classification of  "Catastrophes" by Mathematician  René Thom. 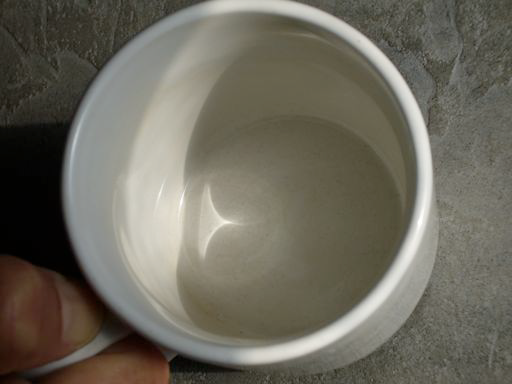 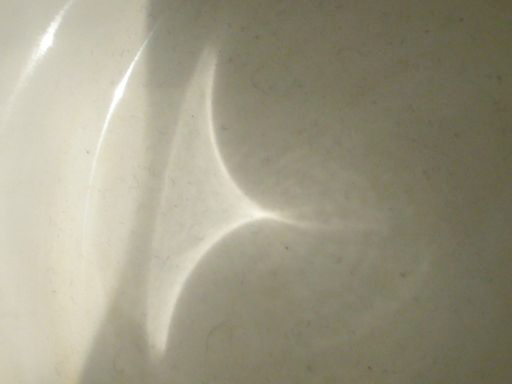 The cusp is the simplest catastrophe depending on two parameters.

The drawing of the three dimensionnal folding of a surface whose equation is given by Z3 - a Z - b = 0, where a and b are the free parameters of the mathematical model,  shows that in a certain region of  space(a,b), Z takes a single value, whereas in another domain Z takes three possible values. 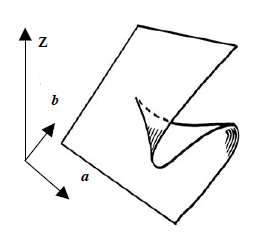 The deliminating curve 4 a3 -27 b2 = 0, is called the Huygens cusp which is the geometrical interpretation of the light ray focusing as it was observed in the cup. Indeed, in the bright region, light rays converge after refexion on the cup wall. 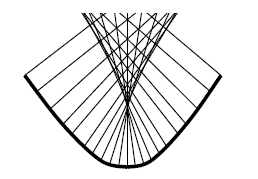 (credit: unknown origin poster photo that I took in Paris)

My intention during my Scientific Delirium Madness residency is to create a piece in order to share with people the contemplation of this fragile instant where the singularity arises, where the curvature of  forms changes sign. To extent this infinitely small duration, we will unfold the singularity  - as mathematicians say.  Here are some 3D views of the project : 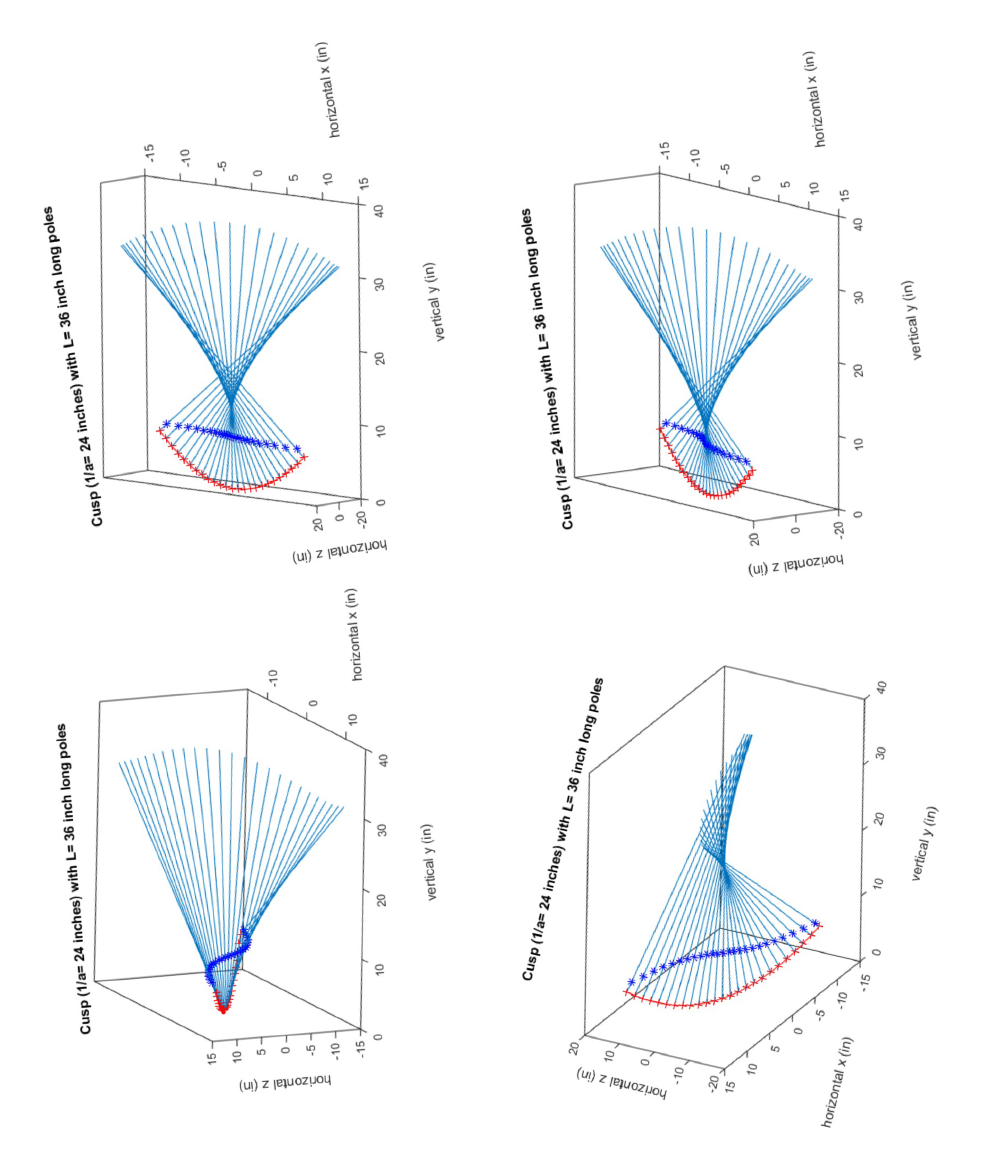 Some views of the CUSP under construction:

The result of my creative process is the Djerassi CUSP which may be viewed as a first piece towards the design a monumental CUSP.