A Monday July night we sit in a circle pouring each other a glass of syrah. A marine biologist is playing the viola da gamba. An Italian composer sets the tune with his baroque flute. A stranger who lives in a nearby 100-year old cabin with no electricity shows up with his cello. He recently arrived from Hawaii and makes robots and lightning forced on plants or something of the sort.

Before anyone showed up the stranger cellist started playing as I sit in the sun reading (the Leonardo journal of course-what else?) in my favorite chair built with extra-long arms. His conversation with the gambist with bits of cello sounds from his bow draws me inside. The others join too, the flautist, the dancer, the playwright, the game designer and the molecular biologist.

Surely everyone had previously planned  to do their own work introvertedly,  but the demanding stringed instruments brought  us to find our seats for the organically grown concert. The music and the singing voices echo in the old cattle barn among the ghosts of the past residents. We all savor the sounds as the chocolate melts on our tongues, the sun finishes going to bed and the cheese begins to gloss over as if covered with resin. What a beautiful moment on the mountain. We all relish in this special time that none of us find on our own at home. We all know that each of us are grateful to be with kindred spirits.

Soon the stars come out and entice us all to move outside.  There we are on the golden scratchy California hills along the mighty Pacific hearing a concert played for the milky way and the big dipper. Some of us lay on our backs gazing up picking out our favorite star while others make brilliant nighttime photographs capturing a cellist with a shooting star streaking by in sky behind her. 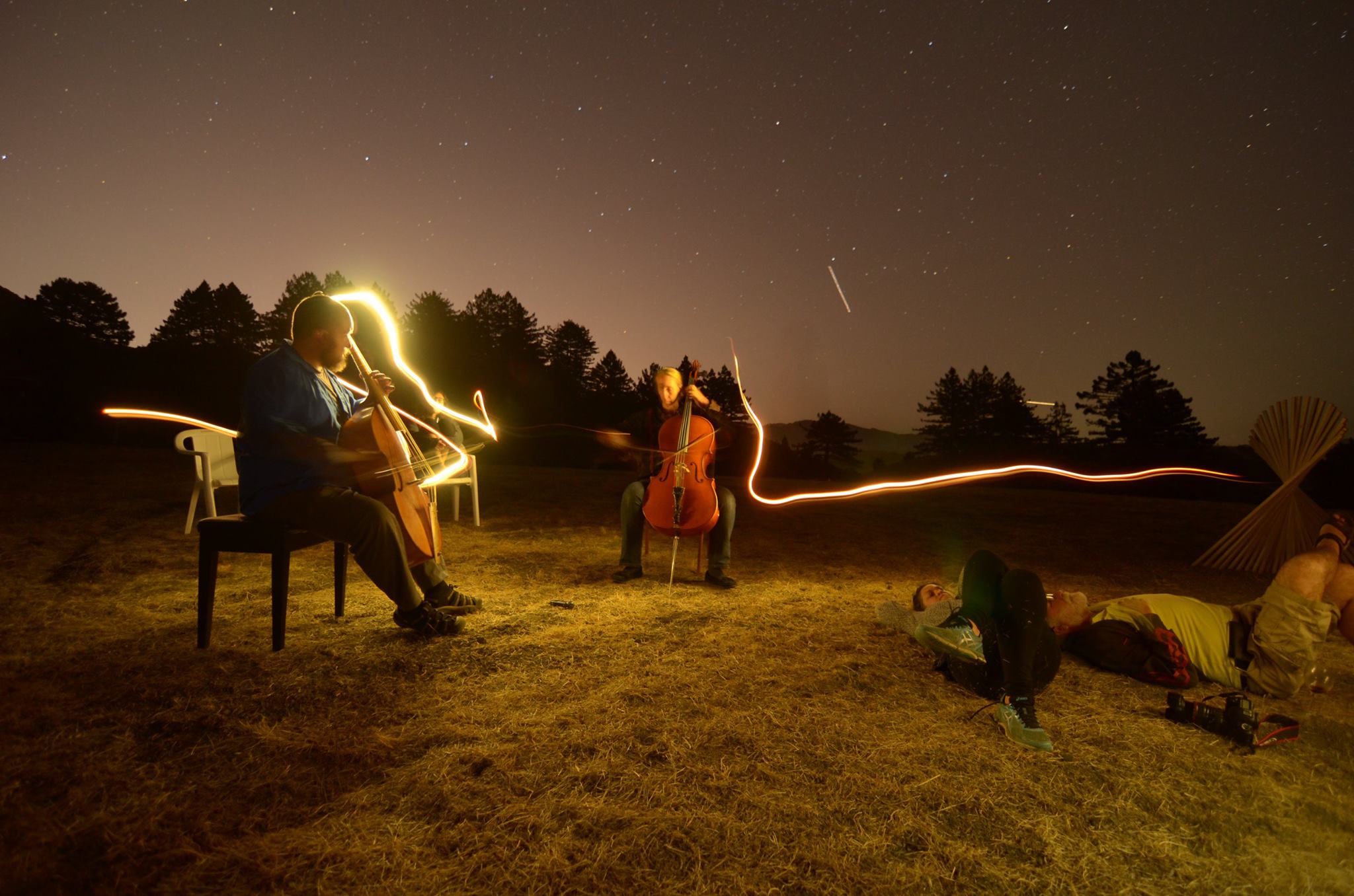